With two weeks to go until we wave goodbye to the U.K. and head for Mongolia, we still have a lot of preparation to do. From moving out of our house to assembling all the equipment we need to hitting our charity fundraising target, we are starting to feel under pressure to tick off the items on our to do list. Our main driving partner (Martha), however, is now ready to rally.

To understand the scale of this triumph, it’s worth a quick blast from the past.

Three months ago, I took Martha to a local garage in Solihull to get her MOT, which was just about due to expire. I thought this would be relatively simple and straightforward. Over the five years I’ve owned Martha, we’ve perfected our MOT routine: I take Martha to her MOT. She fails. She needs some minor work to get her through. I hand over money. She passes, and she’s good to go for another year.

However, in 2017 – the year I planned to take Martha over to Ireland and drive her to get married on my wedding day, and the year I planned to drive her 10,000 miles to Mongolia – the MOT routine didn’t go quite as smoothly as usual. In fact, it didn’t go at all. Martha failed, and I found myself having a familiar conversation with the man at the garage (I think his name was Dave), with a not-so familiar ending:

Dave: “Sorry, your car has failed the MOT.”

Dave: “The thing is, given the age of the car and the mileage it’s done, it’s not going to be worth your while repairing it.”

Georgia: “Oh, well, actually I love this car, so…. What does it need?”

Dave: “I’m afraid we wouldn’t be able to repair it for you, even if you wanted us too. It’s gone past that stage. It’s what we call an ‘uneconomical repair’… it’s failed on [lots and lots and lots of things that I didn’t understand]. We wouldn’t even know where to start with some of that, and it would cost you thousands. It’s a no-go I’m afraid. We can help you organise scrappage.”

Georgia: “I see. No… that’s not an option. I’ll come and pick up the car tonight.”

When I went to pick up Martha from the garage, I told Dave about our plans to take Martha to Mongolia. He laughed. A lot. When he had finished laughing, and asked (several times) whether I was really serious, he told me that I would never get there and needed to pick a different car. I picked up Martha’s keys and told him I would send him a picture of Martha when she reached Mongolia. As I left, he was still laughing.

With no help whatsoever from the local garage, Martha made it to Ireland for our wedding. She didn’t break down on the way to the venue, and she even managed a little trip around Kerry, untroubled by some of the rough and windy roads. 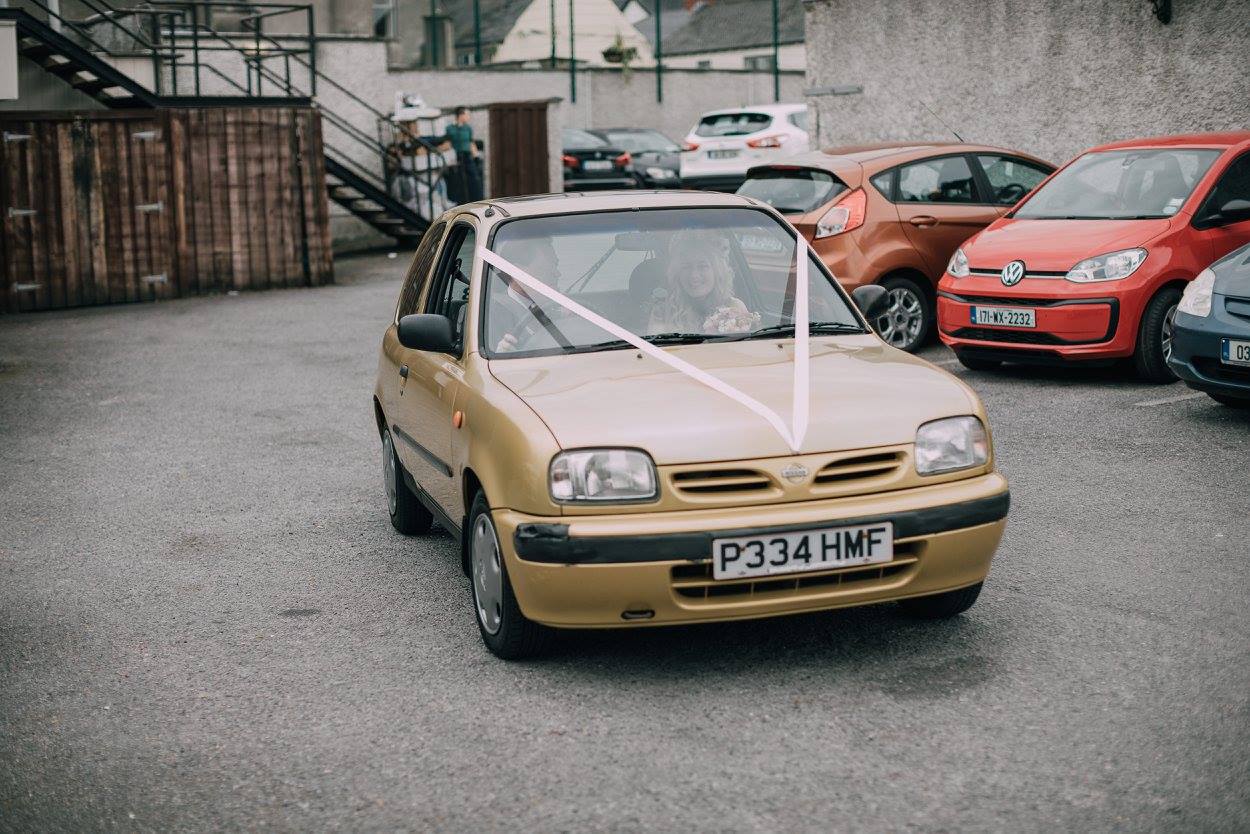 Dad driving Martha and I on my wedding day 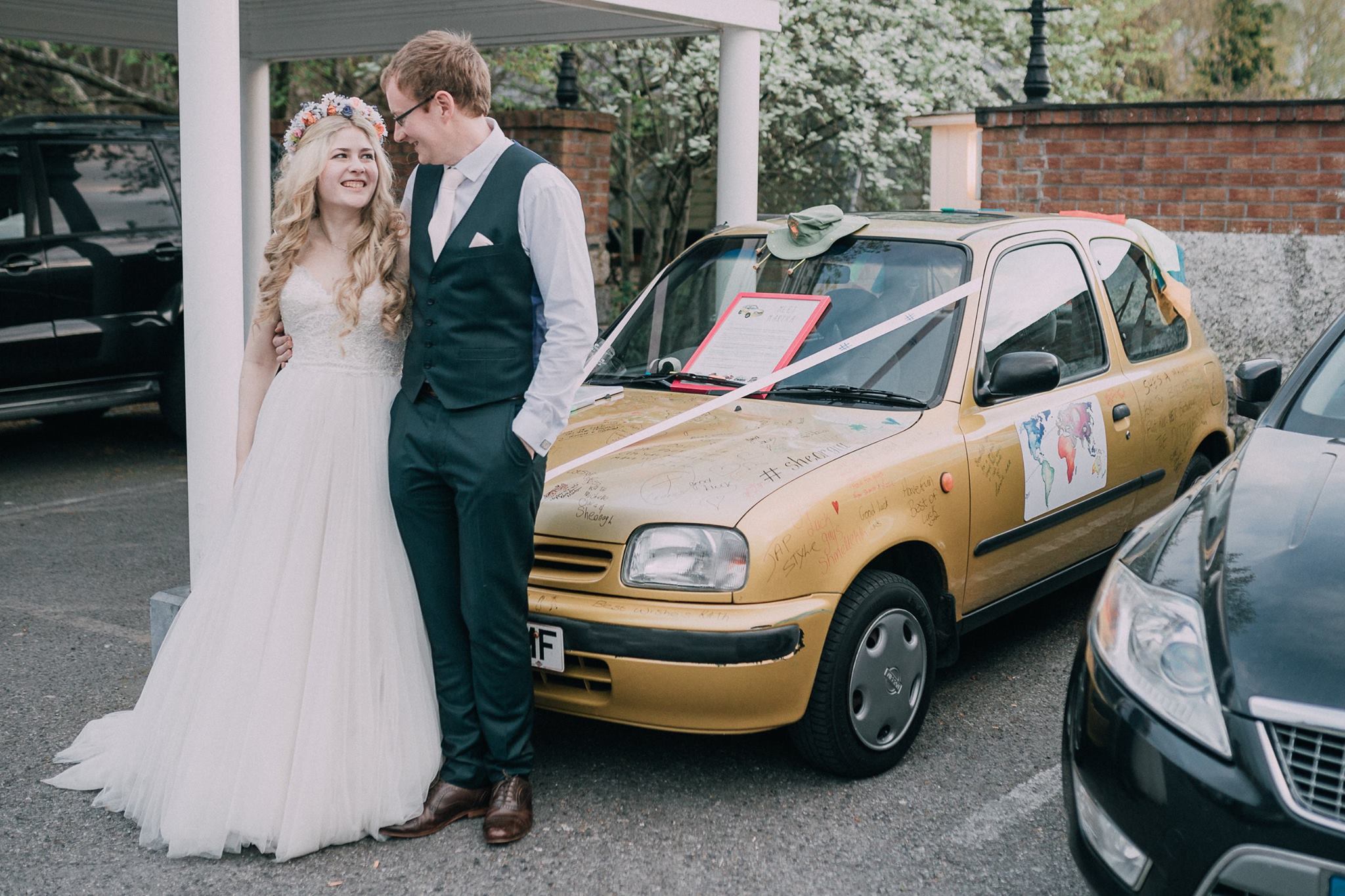 Shane and I with Martha at our wedding 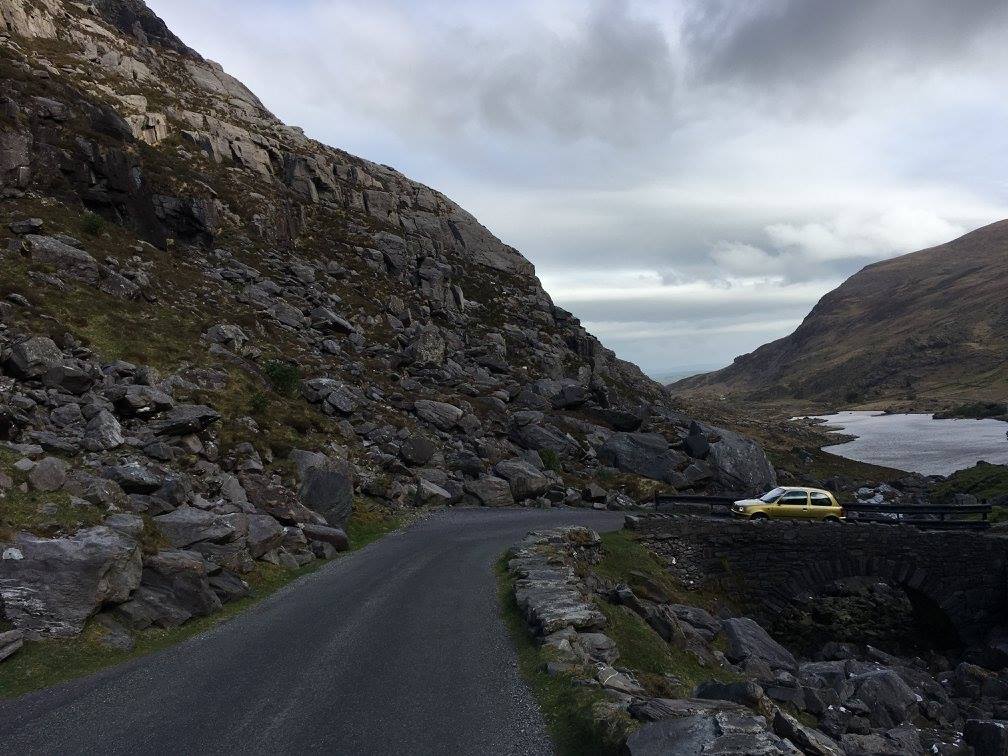 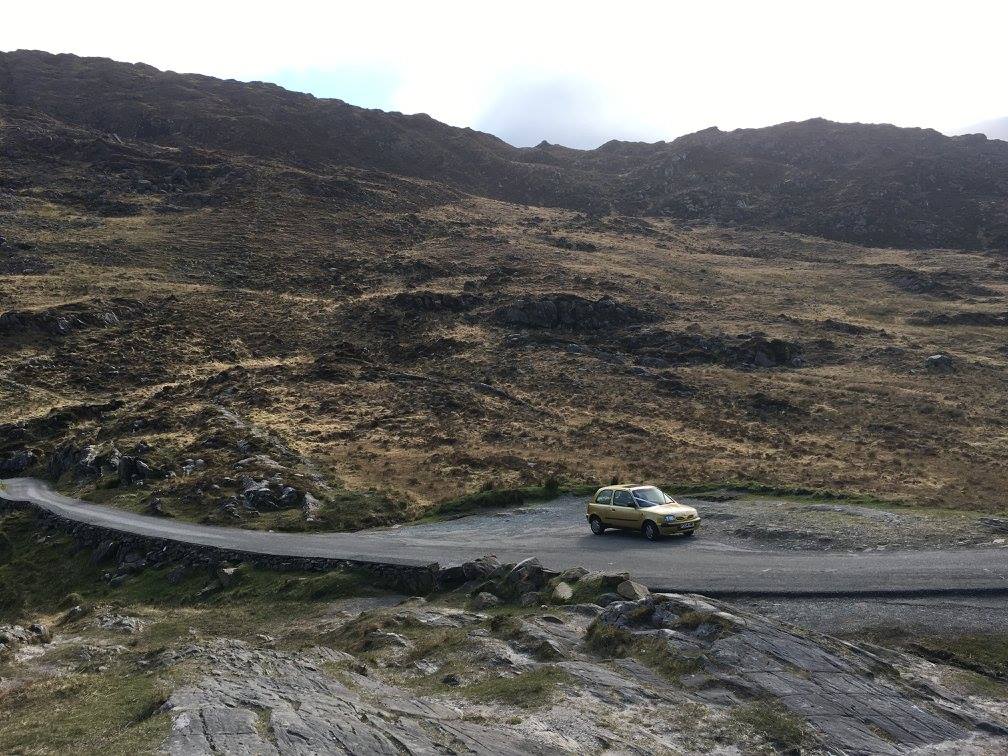 Martha posing for a picture in Kerry

A long time before the dramatic MOT-fail, Shane’s Uncle had very generously offered to help get Martha in tip-top shape for the rally if we left her with him after the wedding. So, wedding over and mini-moon around the ring of Kerry complete, we left Martha in Ireland for a few weeks of TLC. Whether Shane’s Uncle realised exactly what he volunteered for, I don’t know. He does now.

This week, we went back to Ireland. Shane’s Uncle and brother had done an amazing job looking after Martha – getting rid of the rust, making some armour for her so that she survives the non-roads in Mongolia, making a bespoke roof rack completely from scratch to give us some extra storage space and extending her battery tray to make room for a bigger battery – and over the last week Shane has joined them in working from dawn until dusk (well… more like until midnight) to make sure Martha has everything she needs and more. 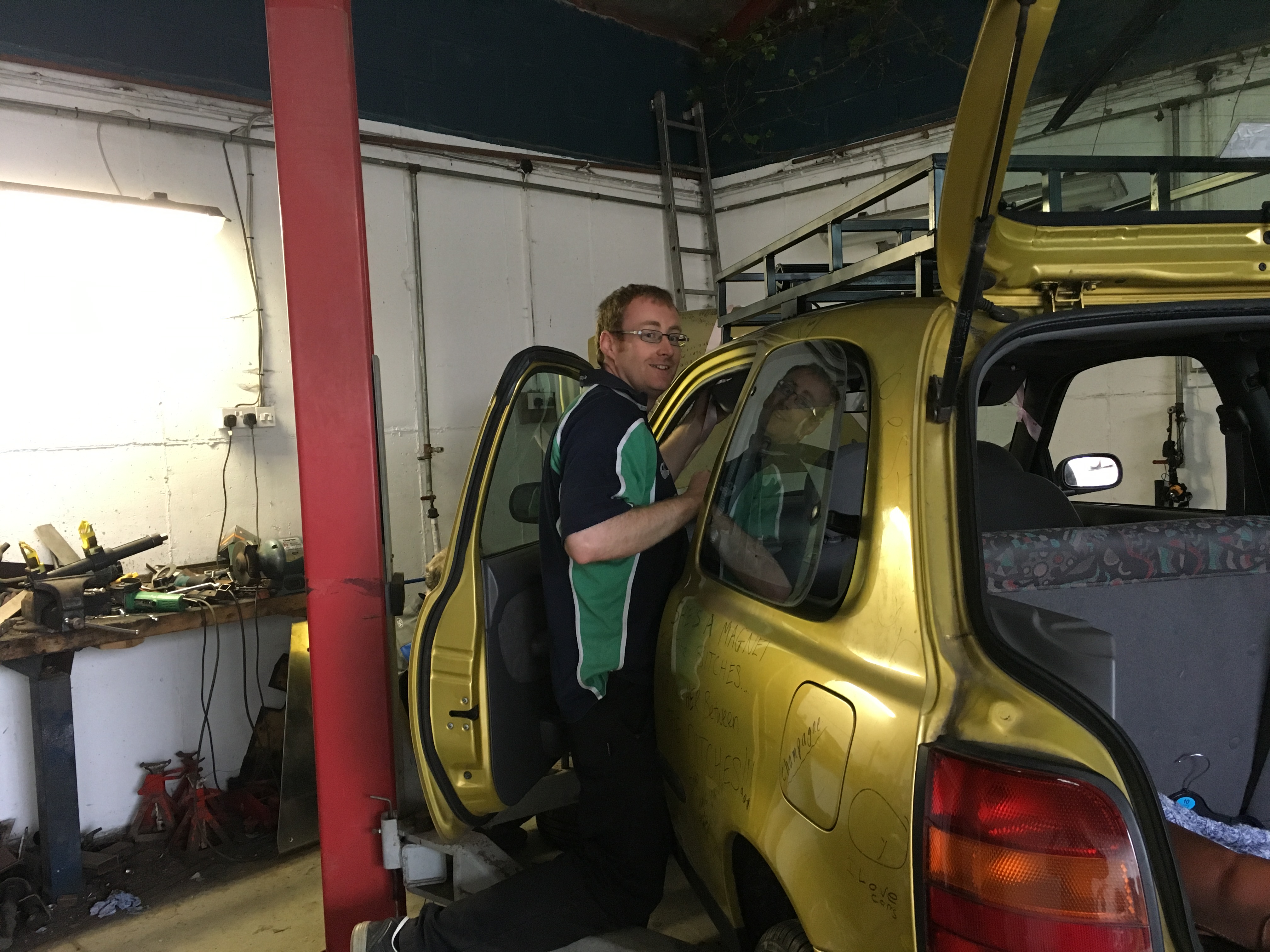 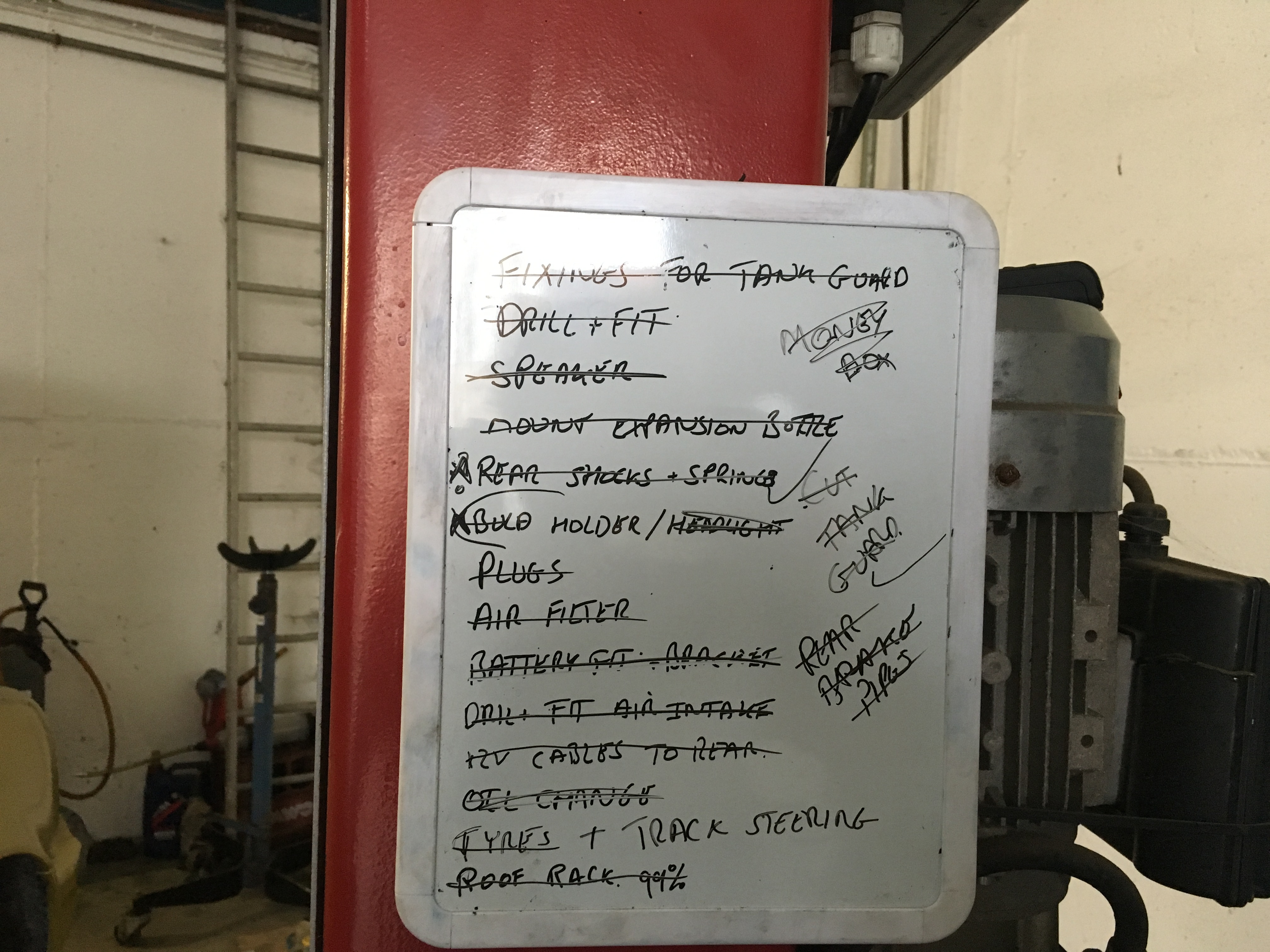 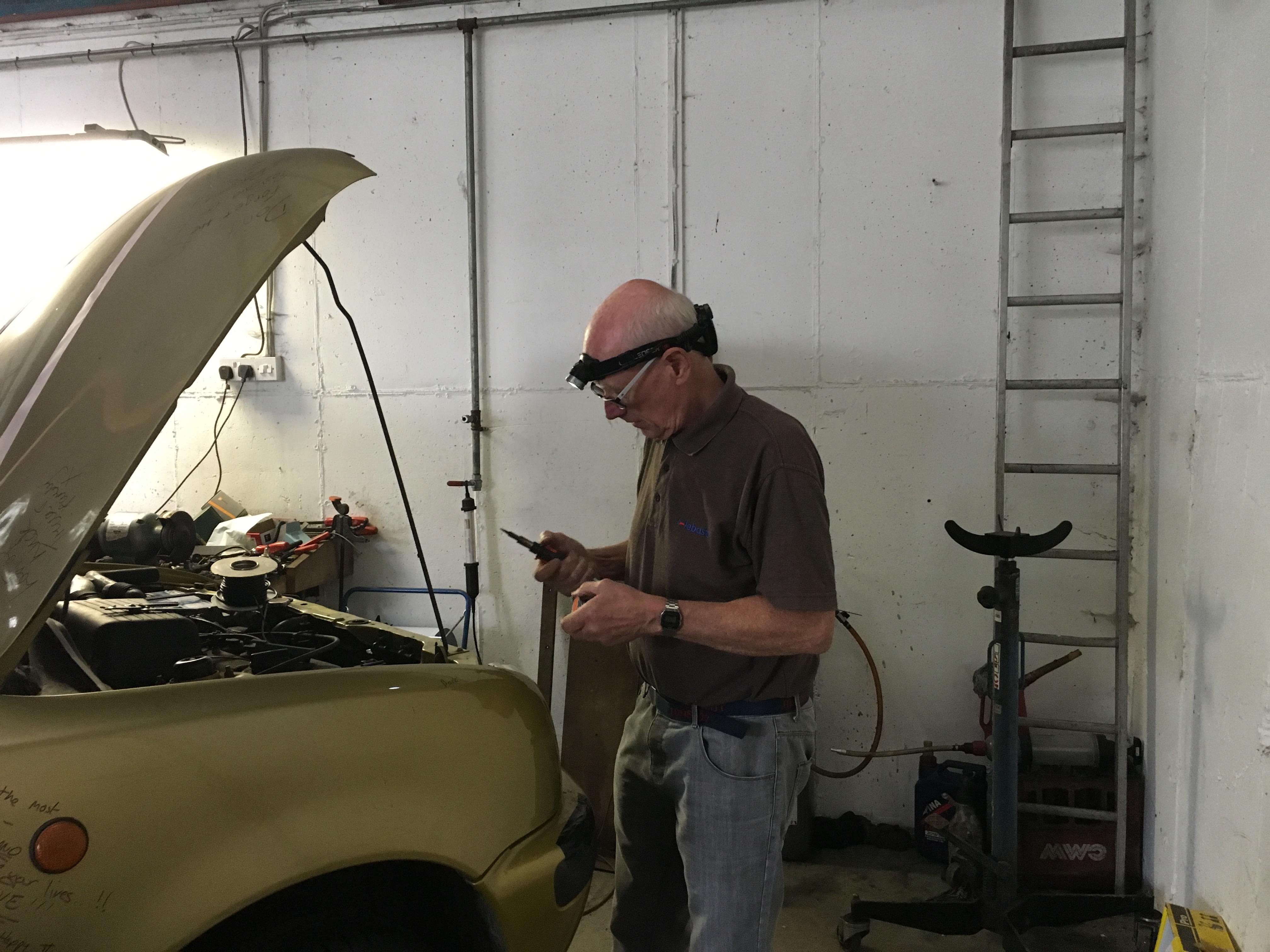 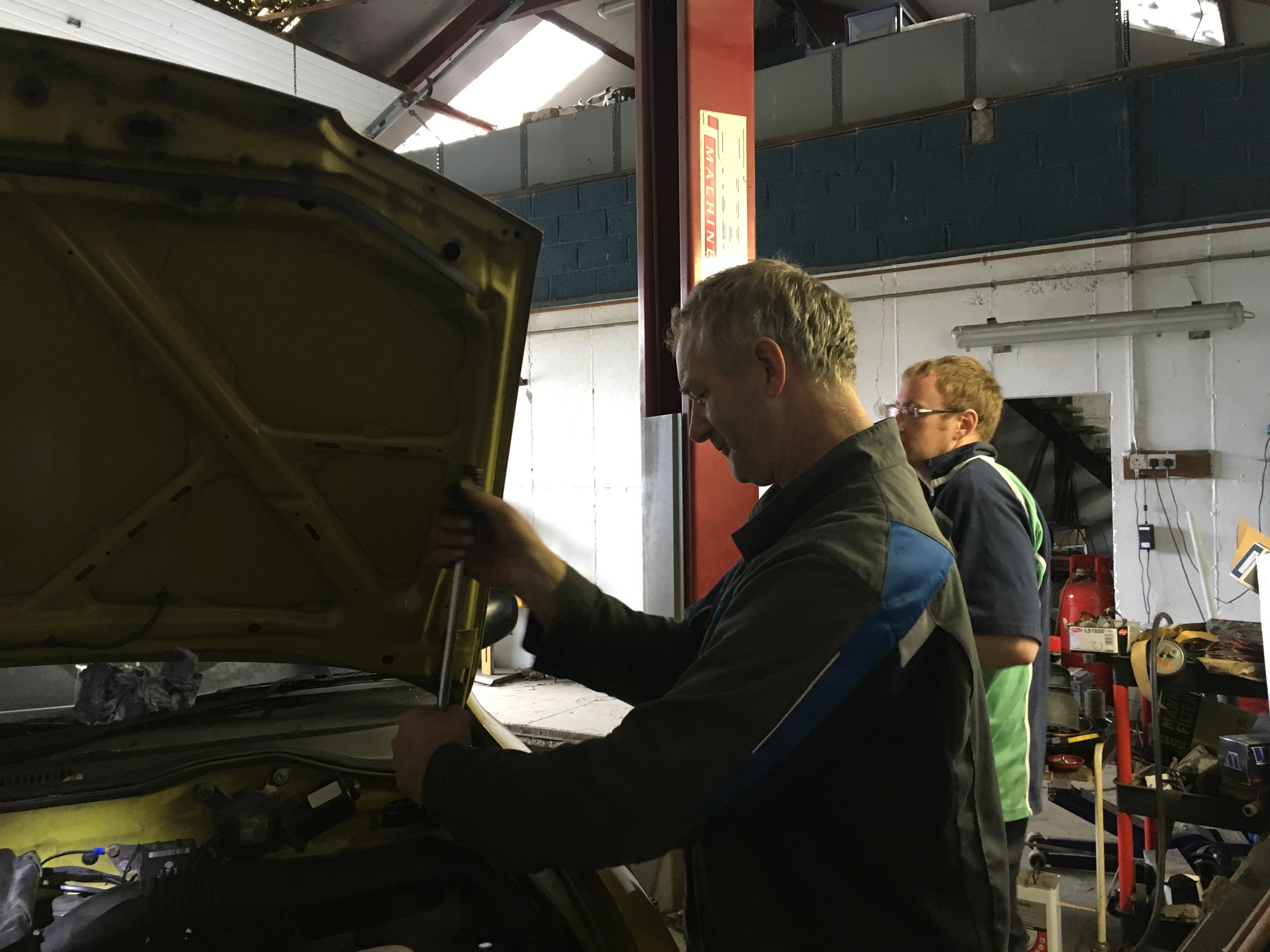 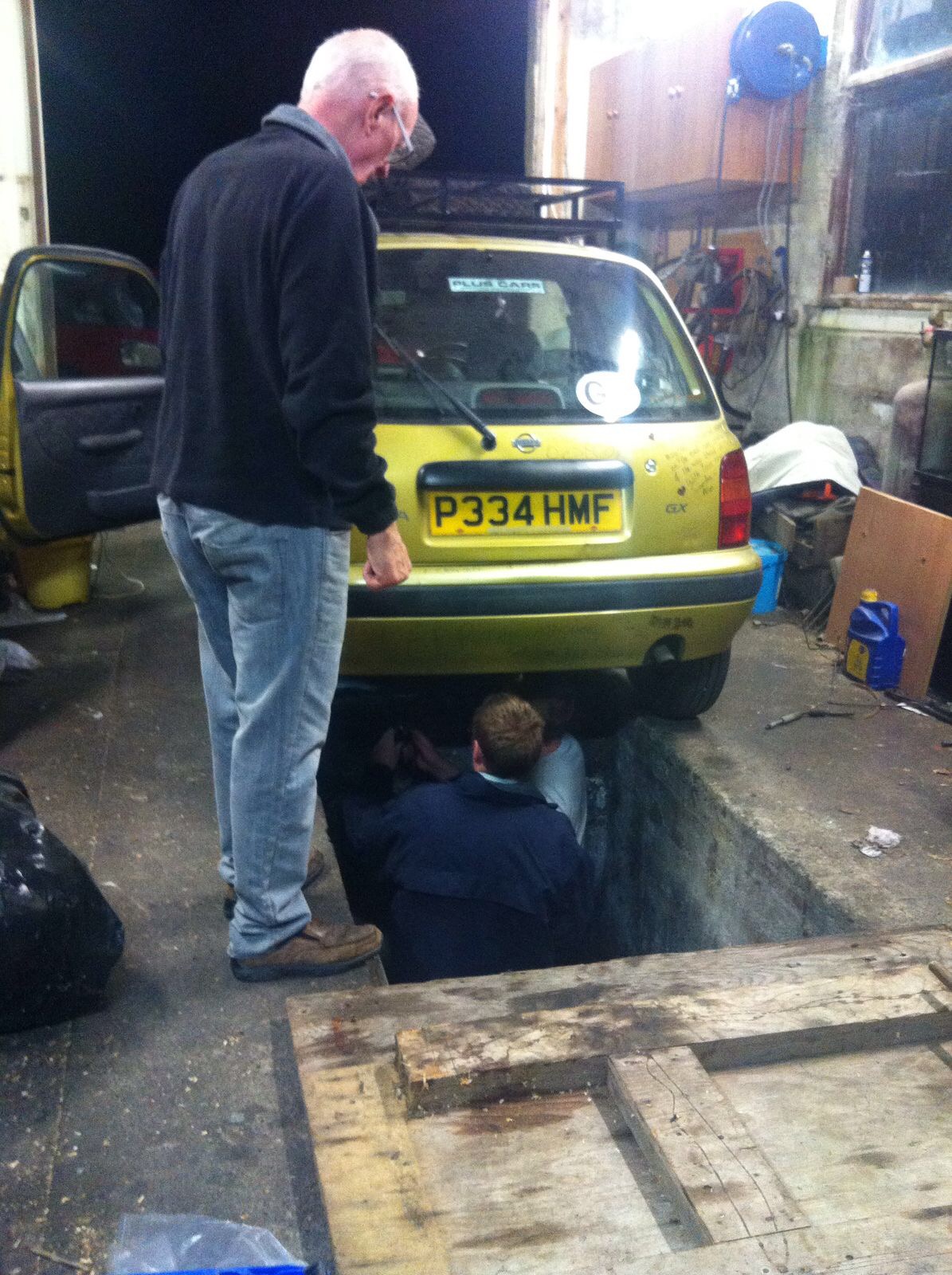 We also had a lot of amazing and generous help from motor factors in Kilkenny. Thank you to:

All the above motor factors offered their time, expertise and parts completely free of charge to help us raise money for our chosen charities – Cool Earth, Cystic Fibrosis Trust and Cystic Fibrosis Ireland. 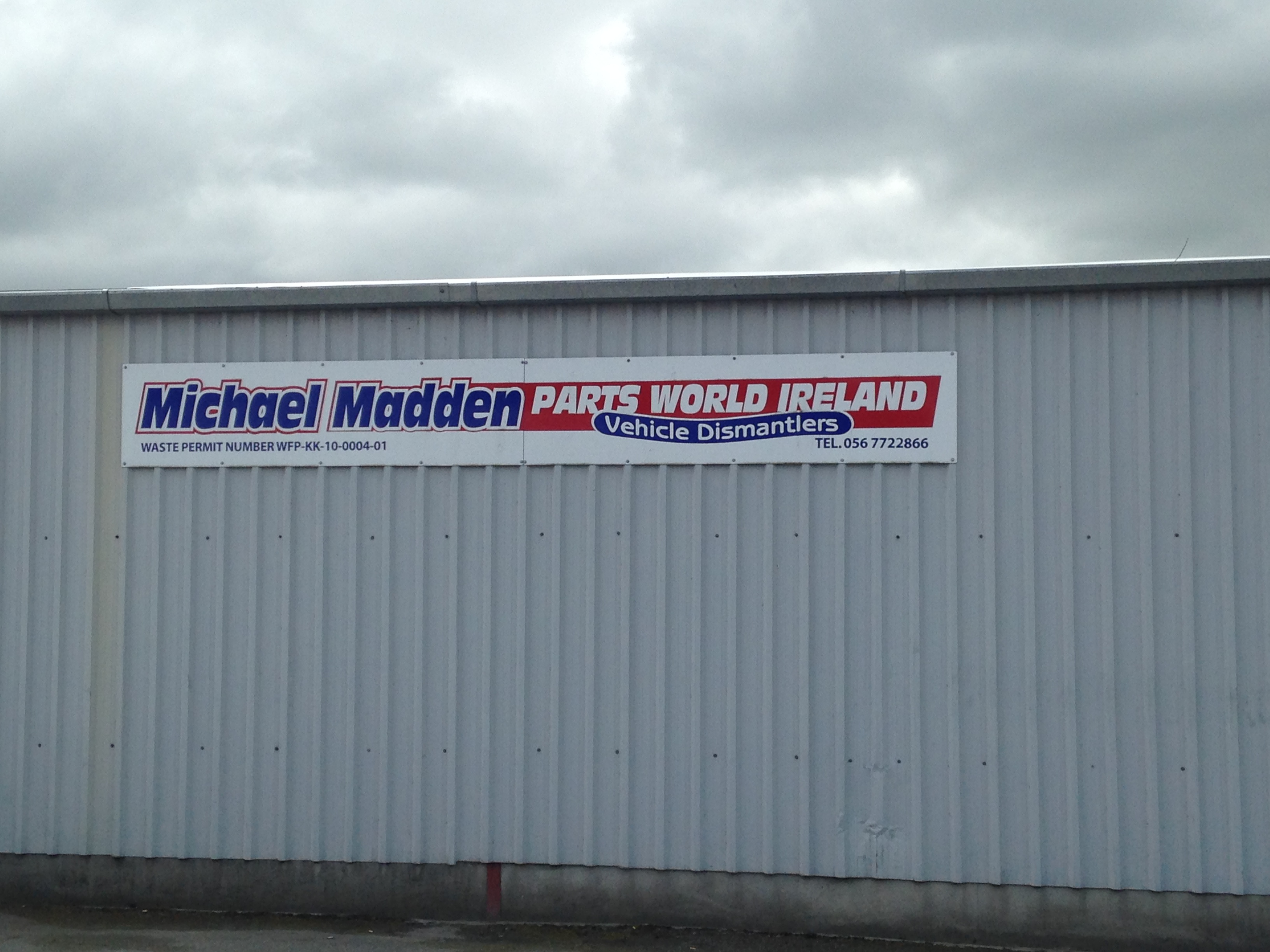 A trip to Madden’s car breakers for bits and pieces 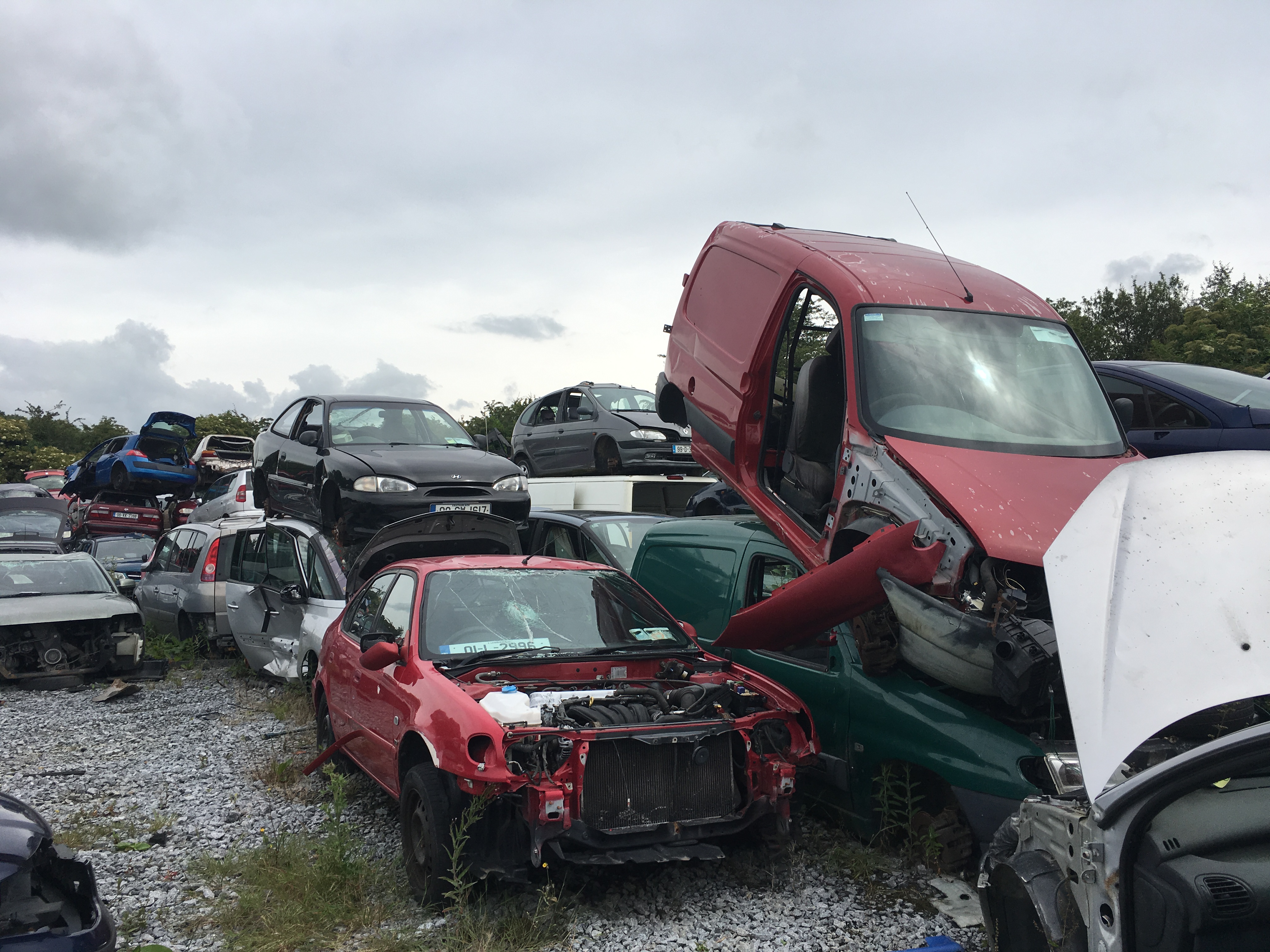 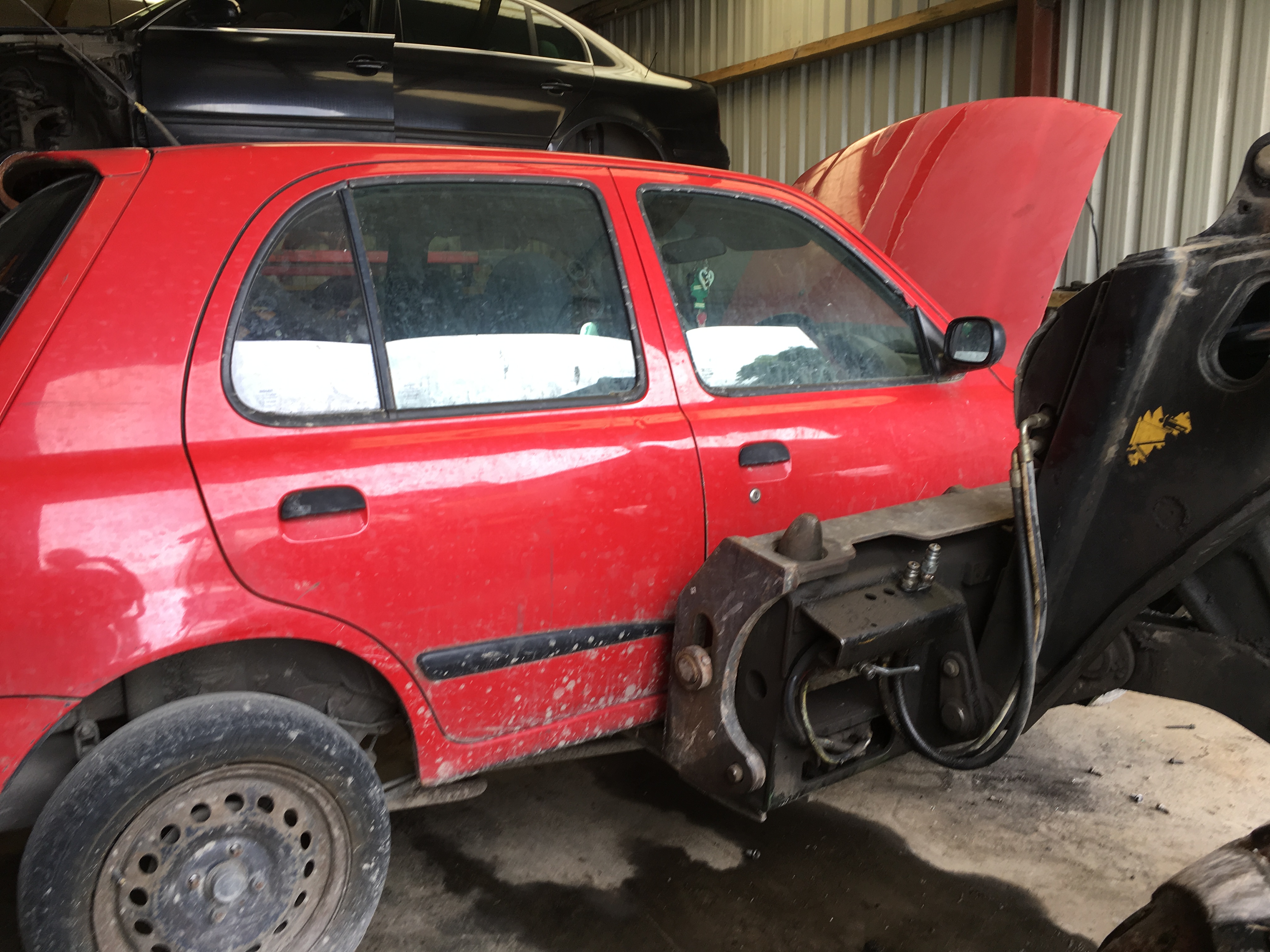 Helping ourselves to a few bits off this Nissan Micra

Yesterday we brought Martha back with us to the UK. Her MOT expiry date had been and gone, so we couldn’t drive her legally unless we took her straight to an MOT centre. Luckily there was a garage in Holyhead – just a six minute drive from the ferry port – which had time to test Martha.

Shane and I waited nervously. If she failed, it would leave us with several problems. How would we get home from Holyhead? How would we fix it? How would she ever get to Mongolia?

But this time, Martha passed. And when I told the man at the garage that we were going to take her to Mongolia, he didn’t laugh. He didn’t even look surprised. He nodded, and said she was a good car. In fact, he even said “Your Nissan Micra is more likely to make it to Mongolia than a £20,000 Land Rover”, and he said it without a hint of sarcasm.

And in that moment, as Martha sparkled in all her golden splendor, with new brakes, new tyres, new shocks, new springs, a brand new handmade roof rack, new lights, a new battery, new armour and new non-rusty bits, we knew that thanks to the nonstop work of Shane and his family and the generosity of motor factors across Ireland, Martha’s transformation into a super expedition vehicle was complete. 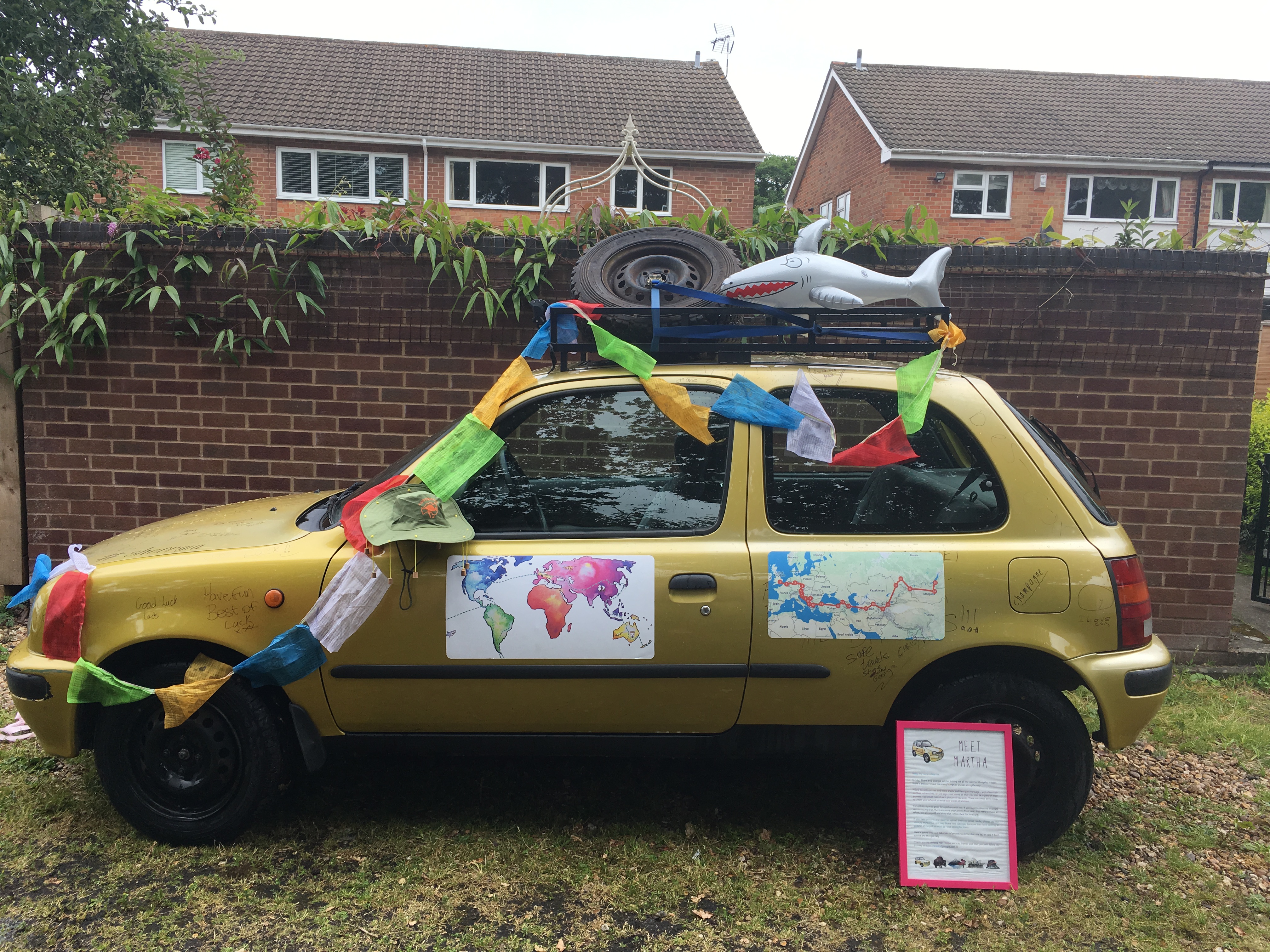 Martha ready for her adventure

Martha is ready for the trip of her lifetime. Now Shane and I just need to get ready too.