Hello, this is Laura (Georgia’s Mum). Georgia and Shane have kindly agreed to let me write their latest blog post to give my perspective of what it’s like to have them living with us, now that they’ve returned from their epic honeymoon adventure.

Peter and I came back from our own travels on 9th September, after spending a month travelling from Calgary to Seattle, via the Rockies and Vancouver Island. I was ready to come home, despite travelling with British Airways, being chauffeured by Peter in a comfortable hire car and staying in Tripadvisor-recommended hotels. Our worst overnight experience was a small shack in a National Park, and even that had a King size bed and a full ensuite bathroom. So, I can only imagine how Georgia and Shane were feeling after their extraordinary adventure, together with the many hardships, challenges, discomforts and exhausting schedule they had experienced over the course of their 14 months away. 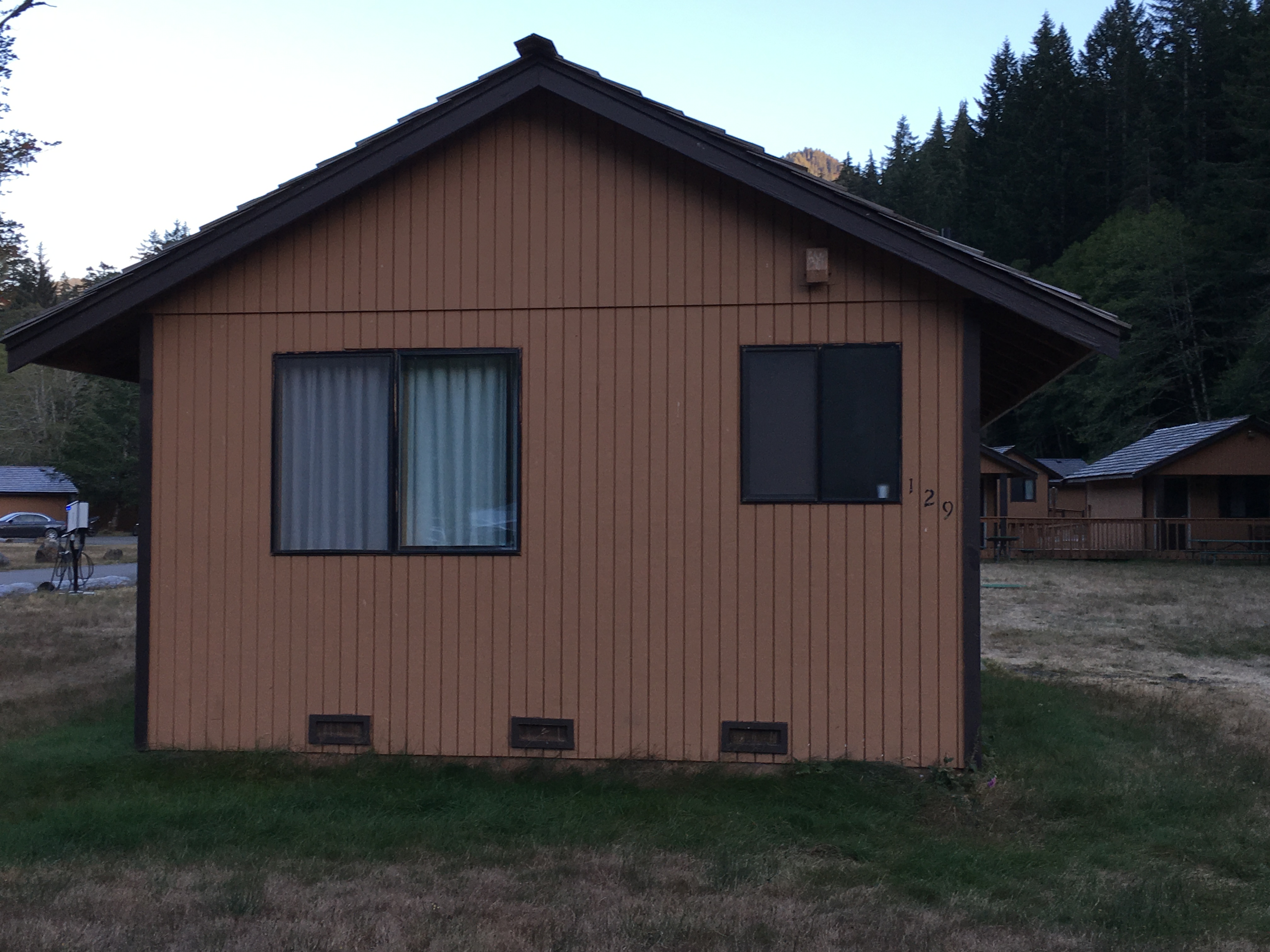 Georgia and Shane flew in to Dublin from New York on Thursday 6th September and spent some quality time with Shane’s family, including Shane’s niece Áine who was born just before they left over a year ago. They were due to return to the UK later in September, but as Georgia was invited for a job interview in London, I found myself on the way to Luton airport to pick her up just a few days later. Although I had been lucky enough to see her twice during the time that she had been away – in Japan/China and then in California – it felt as though she had been gone a very long time, and I had missed her enormously.

Thanks to Ryanair’s failure to arrive on time combined with the terrible car parking situation at Luton airport, our reunion was less emotional than it might otherwise have been. We were both rather fraught after trying to find a way to meet in the only part of the airport where it is free to park for the small window of 15 minutes. We then went straight to Watford so that Georgia could find some clothes to wear to her interview the next day, which was quite a surreal (and expensive) experience. However, I was blissfully unaware of just how costly the day would ultimately prove to be as I subsequently received a £60 fine for parking illegally in the Luton Ibis Hotel car park.

Shane arrived a week later, and so Peter and I have found ourselves once again running a household of four, and occasionally five when Tom returns for short visits, after ten years of either being on our own or a family of three. And even when Tom has been around, he is rarely a presence in the house as he is either out working, socialising or in bed asleep. While I was excited and thrilled that Georgia and Shane would be living with us, I was also a little anxious about how they would adjust to life here in Pinner, which is somewhat lacking in spectacular scenery, world heritage sites and unique cultural experiences. The most interesting new developments in Pinner since they left have been the opening of a Turkish restaurant and the re-siting of a zebra crossing. However, I needn’t have worried. No sooner had Georgia arrived, than she had immediately written herself a comprehensive “to do” list, embraced the opportunity to lie on the sofa in her PJs watching Dance Moms*, and reacquainted herself with all the wonderful food and drink (well, Pepsi Max) available in Tesco’s. While Shane may have been happy to have continued travelling, he has proved to be his usual cheerful, resilient and easy-going self, and appears to be content with the change of pace at his in-laws. He may tell a different story, of course! 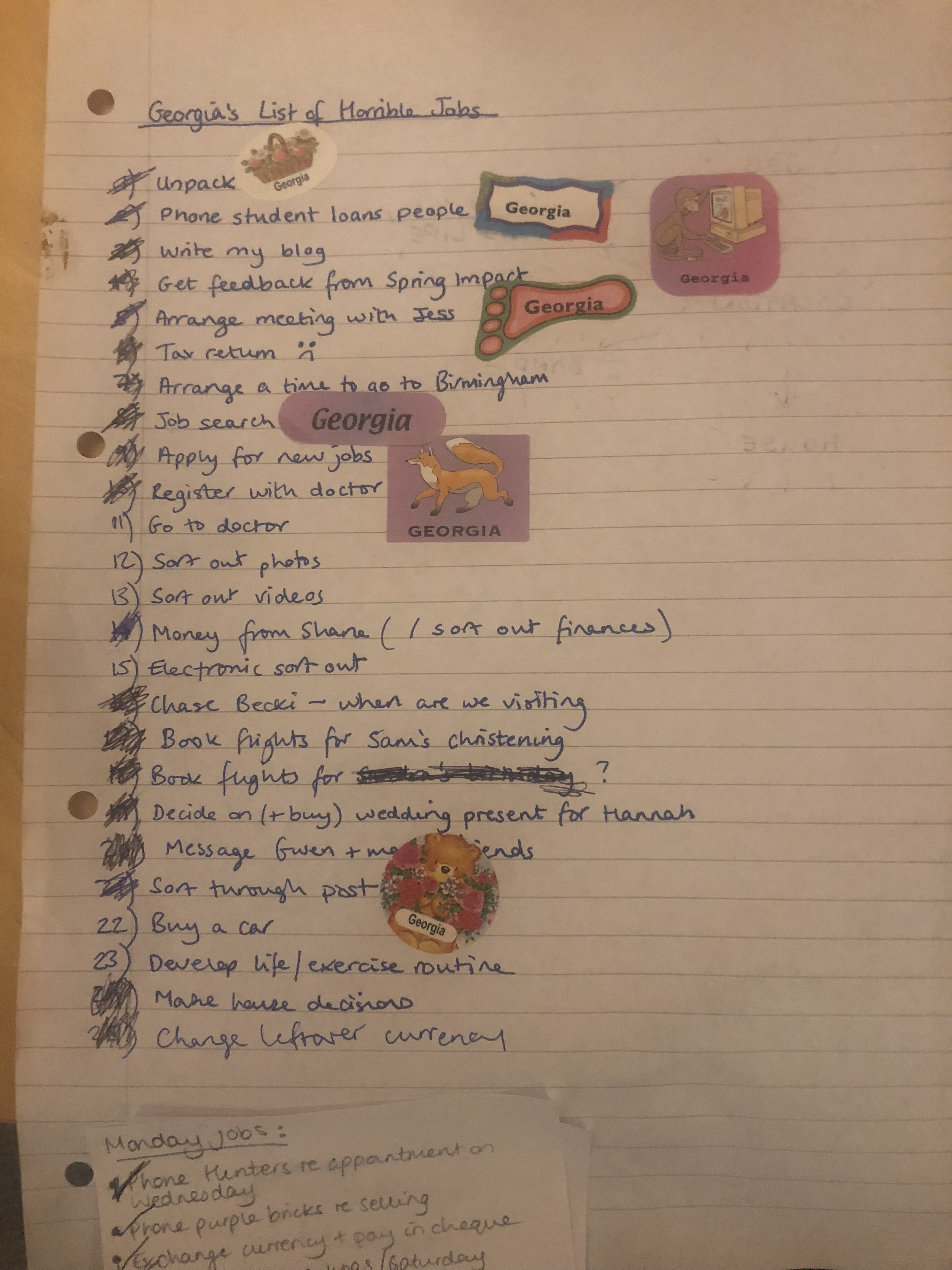 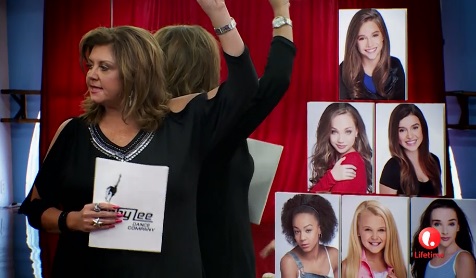 When I meet friends for coffee, (Tom says that this is all I do, but that’s something of an exaggeration), they are usually intrigued to know how I’m finding life now that Georgia and Shane are living with us. From my perspective, it’s overwhelmingly positive to have them here. Spending time with my darling daughter every day is still a novelty after the many months when she was away, and I find that I miss her more than ever when she’s not here. I had so missed her quick wit, intelligent banter and unique perspective on life while she was away, and I think she may even have mellowed a little as a result of her travels. Shane is the perfect son-in-law, and he is unfailingly helpful, good-natured and a joy to have around. He has proved himself to be a significant asset to the household in many ways, whether it is helping with supermarket shopping, washing up, taking the car for its MOT, fixing the car when it fails the MOT, lugging heavy boxes to the charity shop – you name it, he does it. 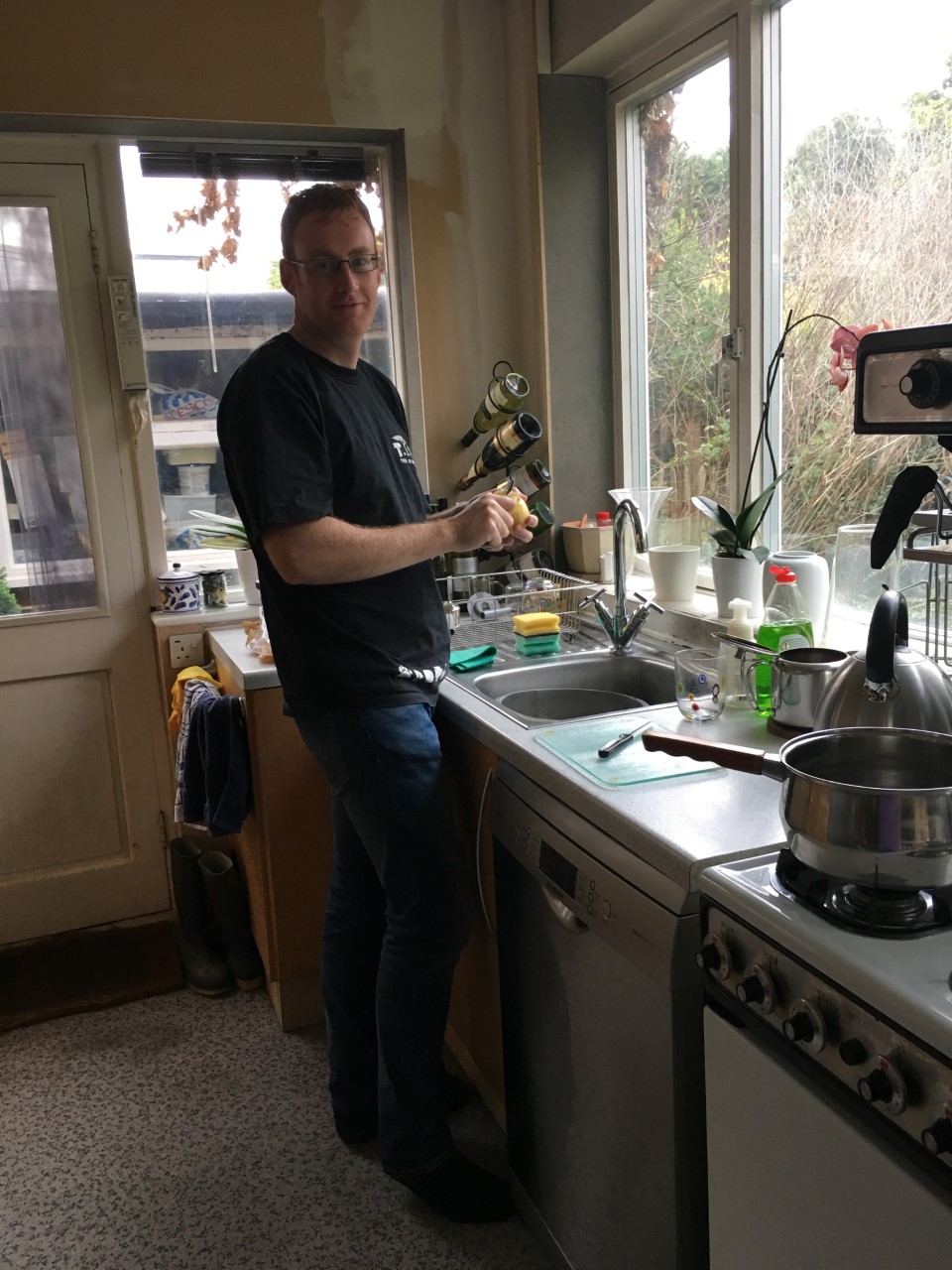 However, anyone who knows Georgia and Shane will know that they are not the tidiest people. I had been slightly concerned about the possible mess that would follow their arrival, especially as I already live with the untidiest man in the history of the world. In the past, whenever Georgia would visit, there would be a trail of discarded possessions (shoes, coat, bag, scarf, book, phone etc) which she would abandon on her journey into the house, from the front door to the sofa. However, possibly because they have been used to living out of a rucksack for the best part of a year, I have been very impressed with just how tidy they have become. Any mess is confined entirely to their room, and it’s only untidy because they don’t have enough storage space, which is hardly their fault.

I love having them around. One of my friends put it perfectly when she said how wonderful it must be to have the company of young people in the house, and she’s absolutely right. Their energy, enthusiasm and excitement about what lies ahead is infectious. They have prompted me to stop procrastinating about setting up my own private practice as a therapist, and have even created the website for me – see counsellingwithlaura.co.uk – which is something way beyond my IT skills. I feel sad for Olive and Henry, Shane’s parents, as I understand how much they must continue to be missing Shane, and I’m glad that he has several visits back to Ireland planned over the next couple of months. We would be delighted to welcome anyone from Shane’s family here to visit at any time – it would be a pleasure to reciprocate for the wonderful hospitality we have always received in Slyguff.

None of us know how long we will all be together under one roof. Georgia and Shane have put their flat on the market with a view to moving closer to London. Georgia is working for the NHS in Harrow until the end of March, and at the time of writing is wondering whether to accept a job she has been offered as Senior Policy Adviser in the Department for Exiting the European Union (in other words, the Brexit Department). While this sounds like a terrible job, she has the insight to see that she may be able to be a force for good by influencing the outcome of Brexit, and make it the best that it can possibly be. Meanwhile Shane has had to choose between a number of potential job options, and next week he will be temporarily relocating to Swindon from Monday to Wednesday to work as Principle Project Engineer producing new electric cars, and so it looks as though they may be about to enter the next phase of their return to the UK. 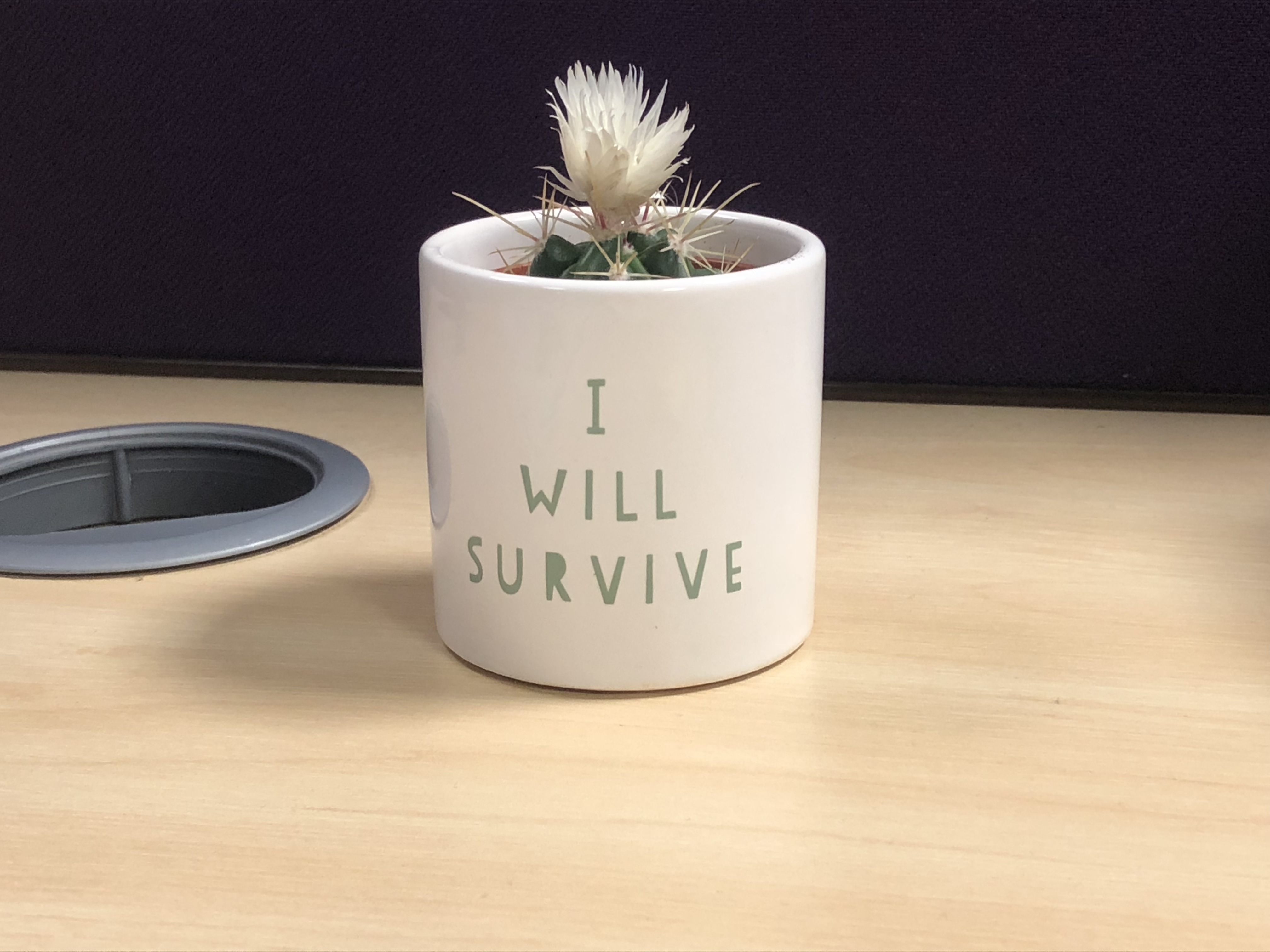 Georgia’s new cactus on her new desk at work

I’m in no hurry for them to leave, but I do appreciate that they will soon want to be independent once again, enjoying their own space and having more time to themselves. I’m enjoying it while it lasts, and I recognise that it’s a privilege to be able to spend this special time with two of the most remarkable people I know. 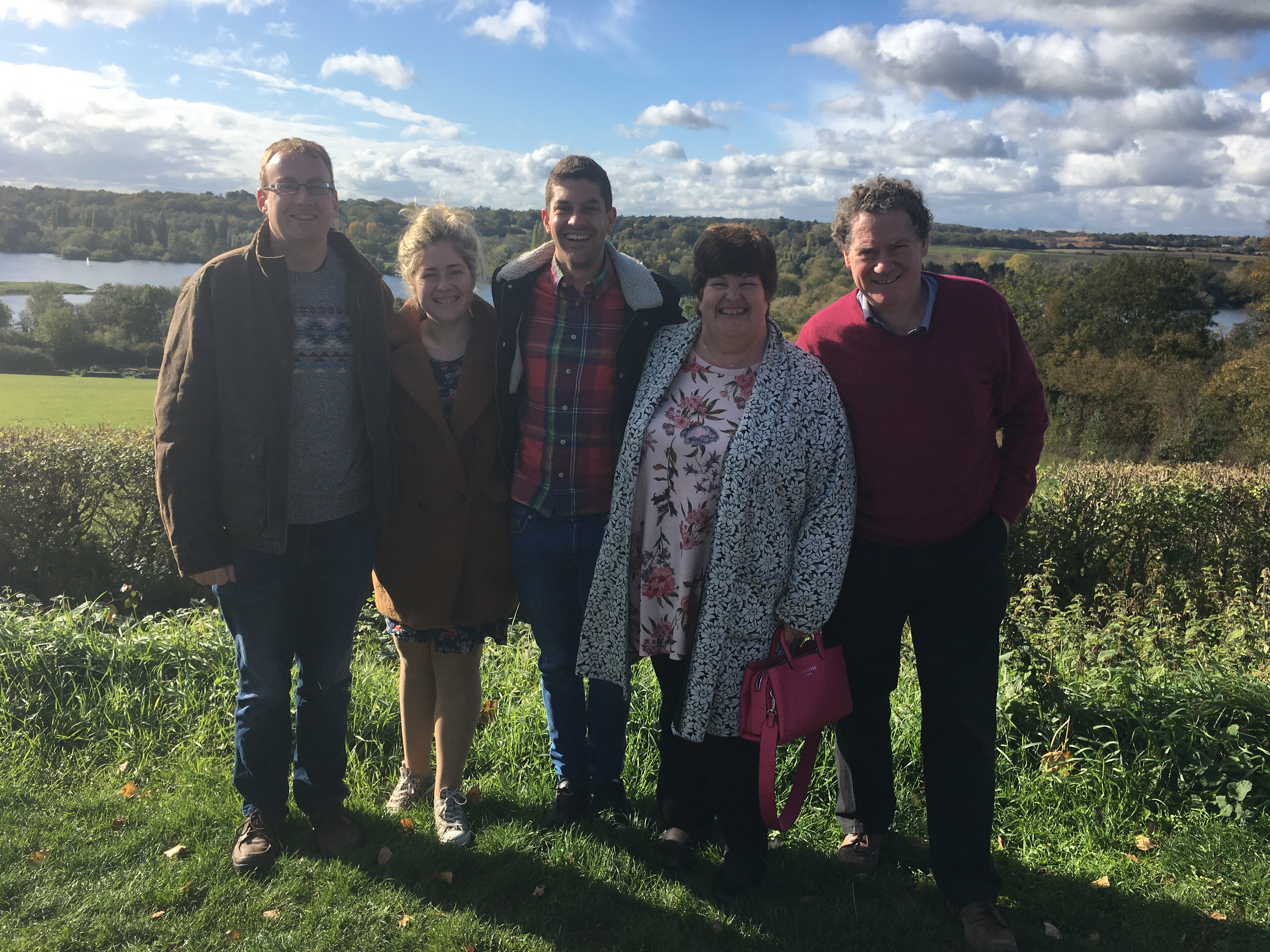 *Dance Moms is an American reality TV show about a ruthlessly ambitious dance teacher, the talented children in her class and their eye-wateringly competitive and bitchy mothers. It’s horribly compulsive viewing. Luckily there are only two episodes per day on the Freeview channel Five Star, which probably gives you an indication of the quality of the programme.

One thought on “Living with Georgia and Shane”