It had become clear during our gardening stint in Redbank Plains that we would need our own wheels if we wanted to see the best of Australia. Outside major cities, public transport options were few and far between. We found a ‘budget’ car rental company, who apparently specialised in “older, cheaper” cars,  picked up what seemed to us like a perfect, brand new car (complete with cruise control, electric windows, air conditioning and even usb ports to charge our phones), and started to drive south to escape the heat of the Queensland summer.

Our first stop was the beautiful Gold Coast, where we stayed with our very generous and accommodating friends Brooke, Luke, and their 15-month-old son, Emmett. We first met Brooke and Luke on an overland trip in Africa, and last saw them when they came all the way to Ireland with their new baby for our wedding last April, so it was fantastic to see them again in their wonderful home on the Gold Coast. They put up with us dropping by at short notice and staying for several days, and even showed us the sights and entertained us while we figured out our next move. 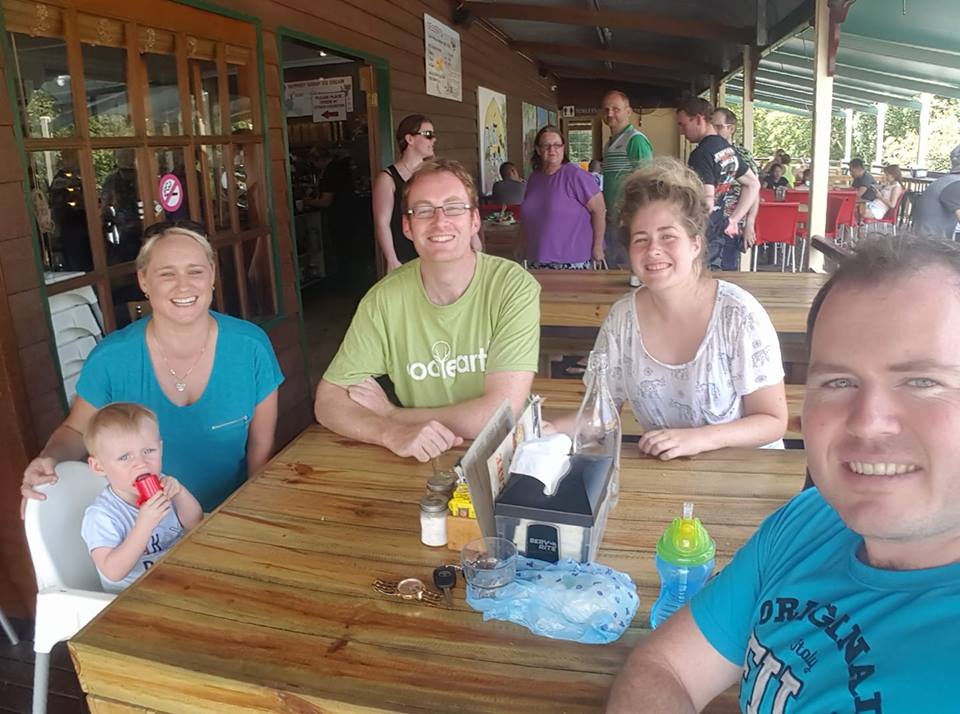 With Brooke, Luke and Emmett

The Gold Coast was one of our favourite places so far. We could have stayed there forever. The weather was beautiful (the heat was much more manageable when we could return to the air conditioned oasis that was Brooke and Luke’s house), we had great fun checking out the local theme parks, the beaches were stunning, and it felt like being on holiday all the time. “Maybe we should stay here for a bit longer after all”, we thought, but with no job offers forthcoming and the rest of the Australian continent to explore, we bid farewell to Brooke, Luke and Emmett, and continued our drive towards the southern states. 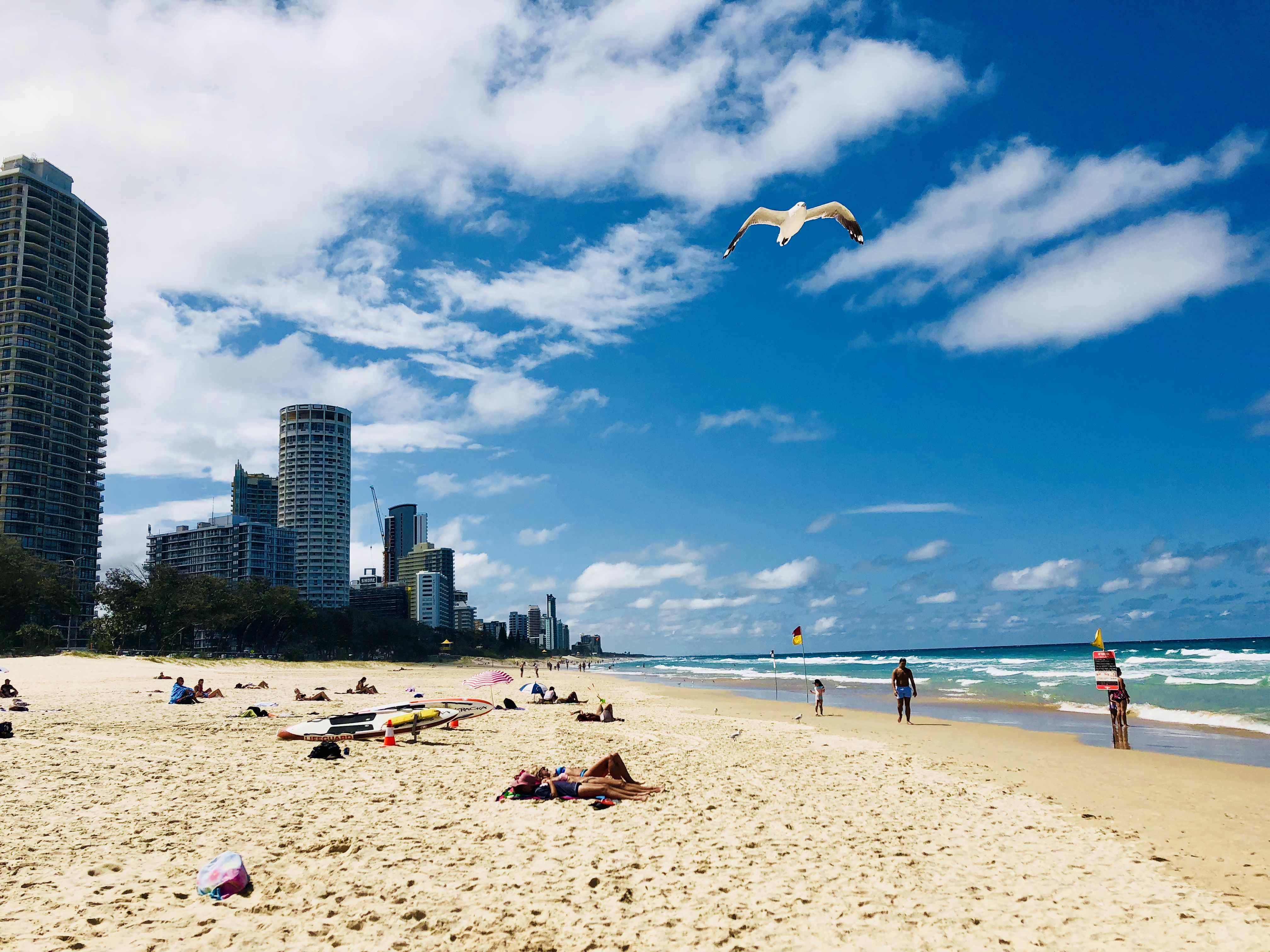 It didn’t take us long to drive from the Gold Coast to Sydney. We stopped in Byron Bay, expecting to find an interesting, quirky, alternative place, but instead found a town centre full of expensive touristy shops and cafes. Despite the lack of “vibe” we had read about in the Lonely Planet, the beach was beautiful and we followed Brooke and Luke’s suggestion to walk to Cape Byron lighthouse, which sat at the most Eastern point of Australia, and the most Eastern point of our journey so far. 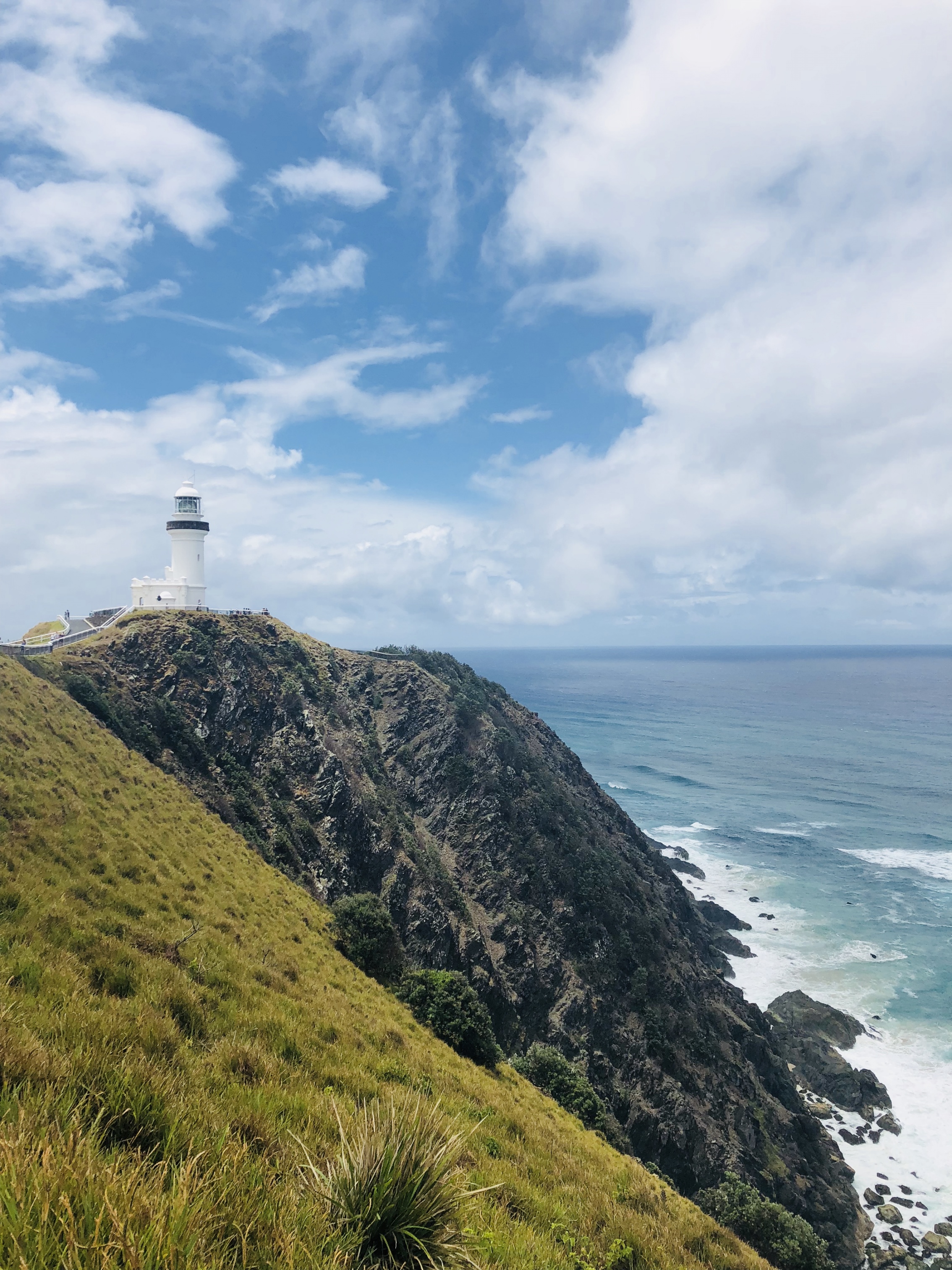 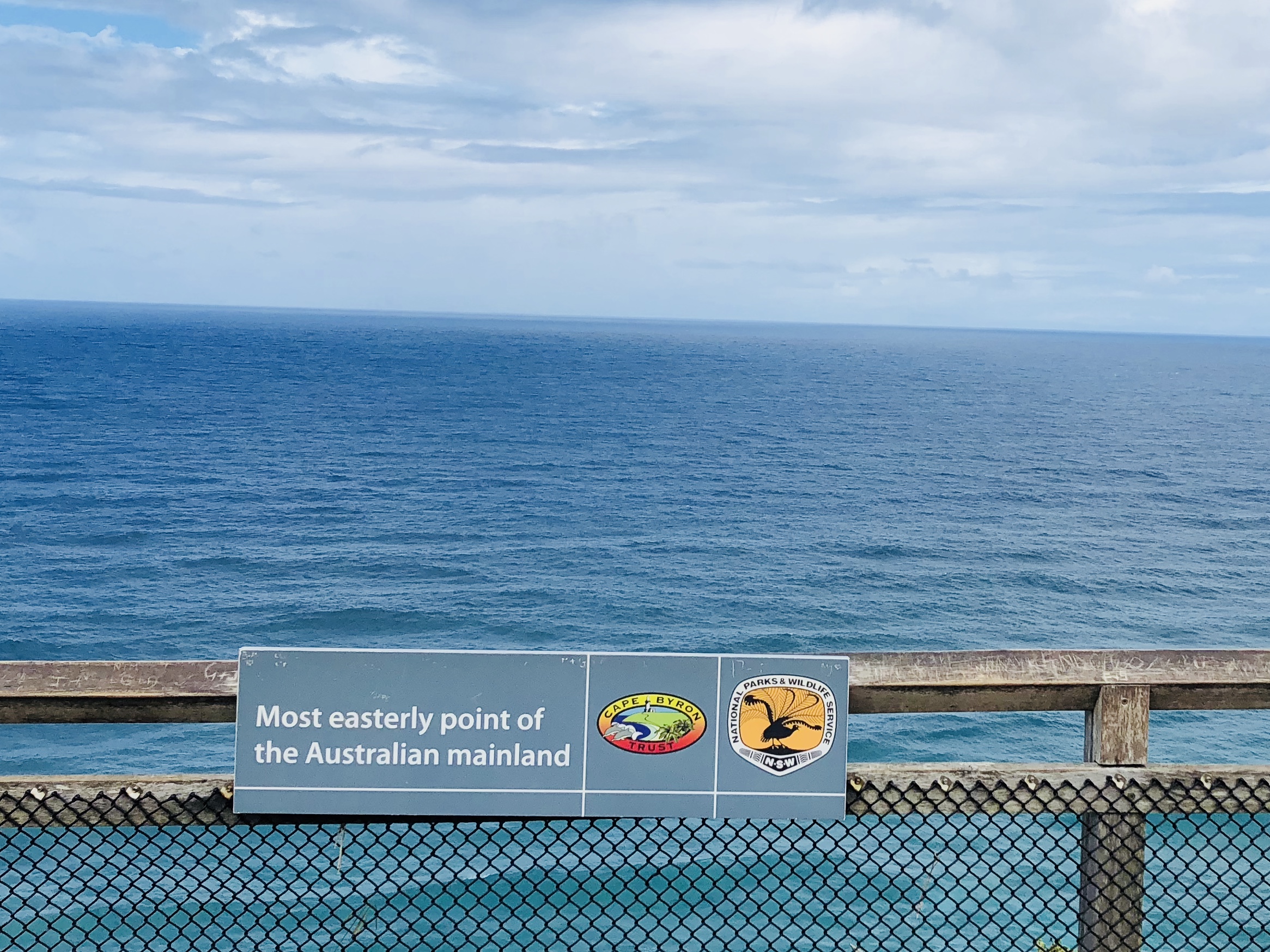 We arrived in Sydney the following day, and despite the fact we have both visited the city before, we went into full-on tourist mode. We sought out views of the iconic harbour bridge and opera house. We had lunch up in the Sydney Tower Eye and visited Madame Tussauds, the zoo and the Sydney aquarium thanks to Christmas presents from Shane’s family. We visited Bondi beach and walked the 6km coastal trail to Coogee Beach. Aside from a failed visit to the Blue Mountains (mist, mist and more mist), we enjoyed the ocean views of Sydney, and then continued on our way. 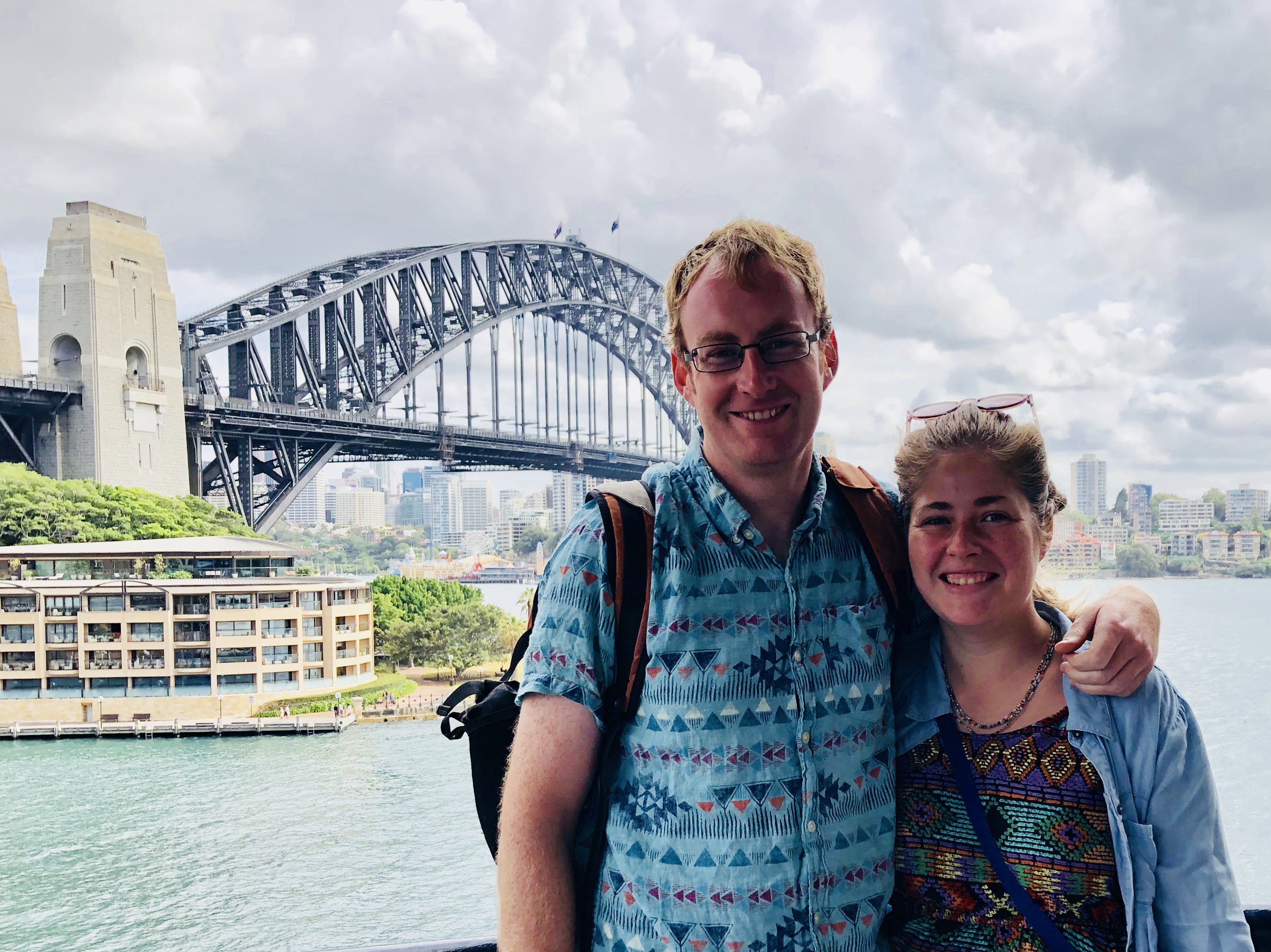 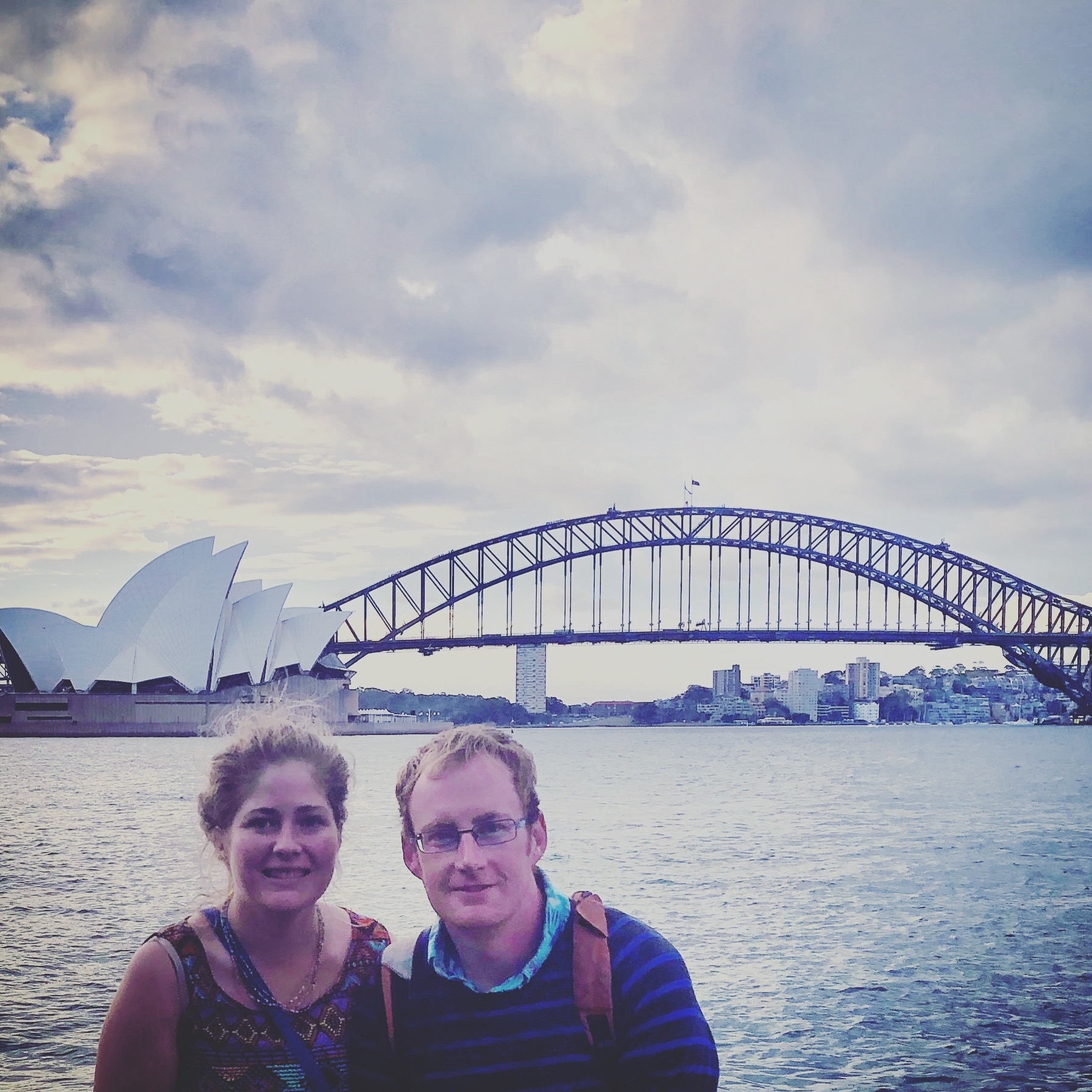 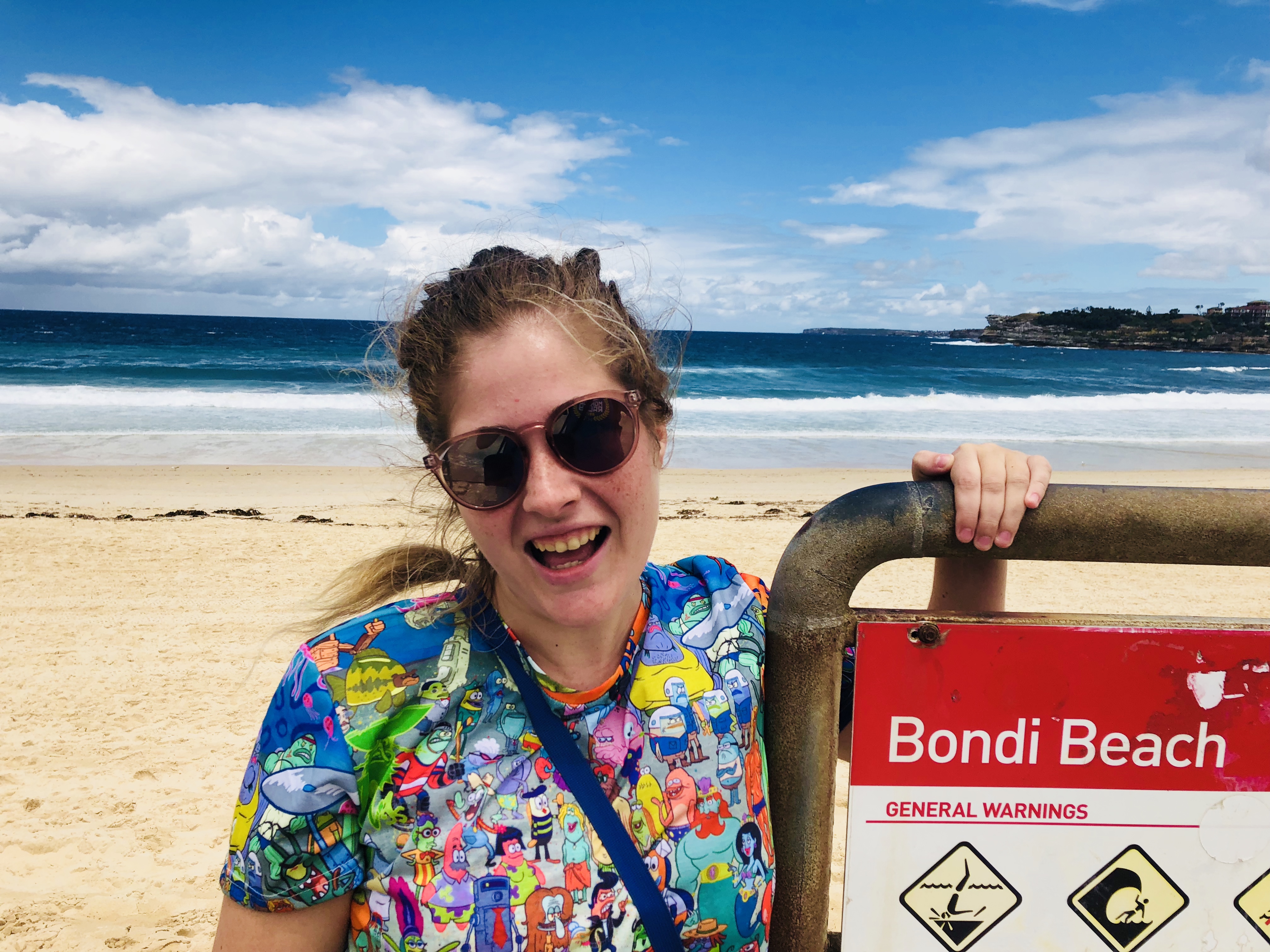 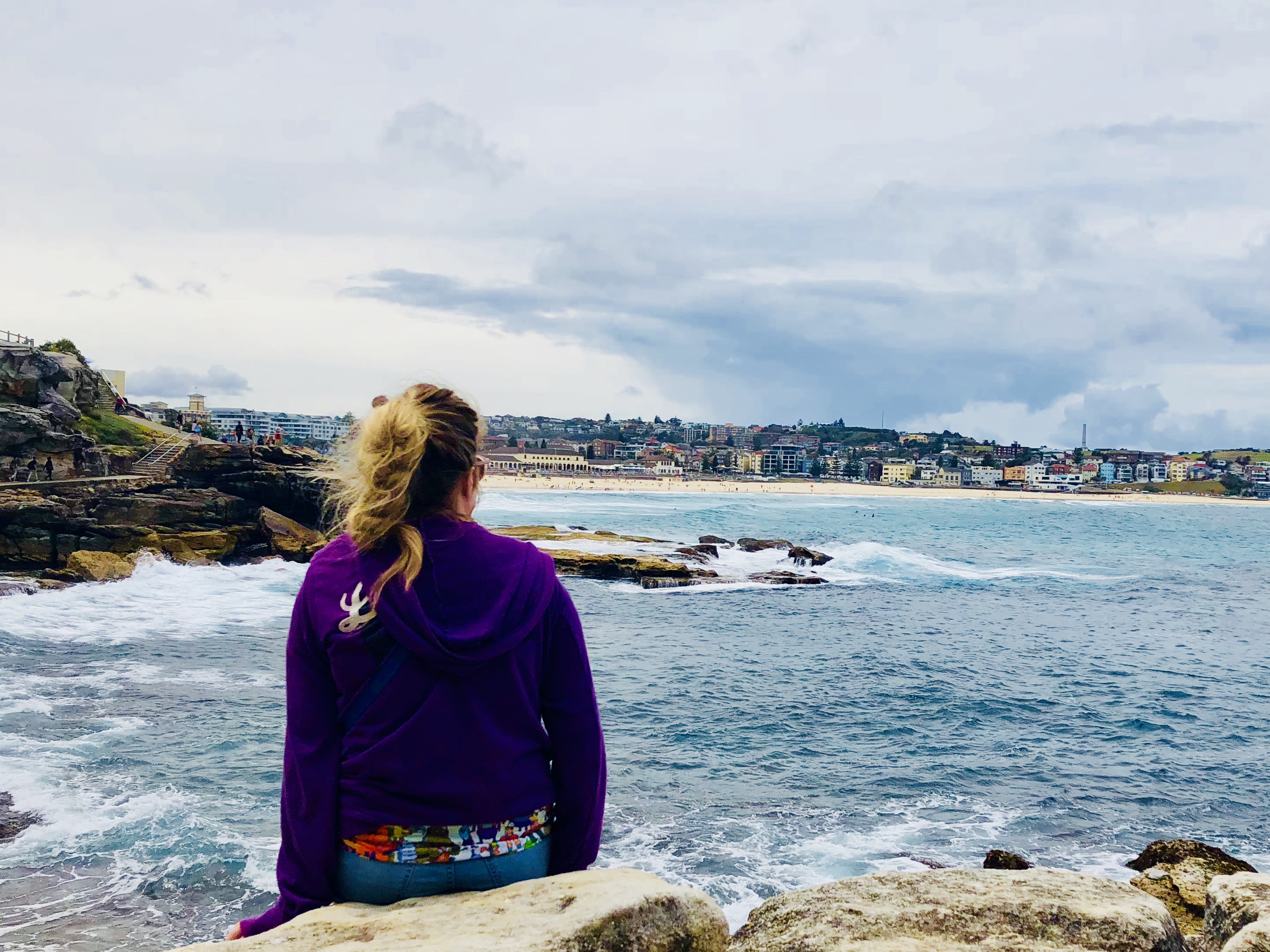 Taking in the view on the Bondi-Coogee coastal walk

The next few stops were a blur of small towns, nondescript motels and weird and wonderful attractions, some of which were more impressive than others. The Fitzroy “Waterfall” (with barely a trickle of water) and the Kiama “Blowhole” (really, it was just a wave) were among the less successful. The Eden Killer Whale museum proved to be more of a hit, as it told the interesting story of an unusual partnership between humans and killer whales, and we also enjoyed Phillip Island, just off the coast of Victoria, where we were able to sit on the beach once the sun had gone down and watch little fairy penguins running from the sea to the shore after their day out fishing. 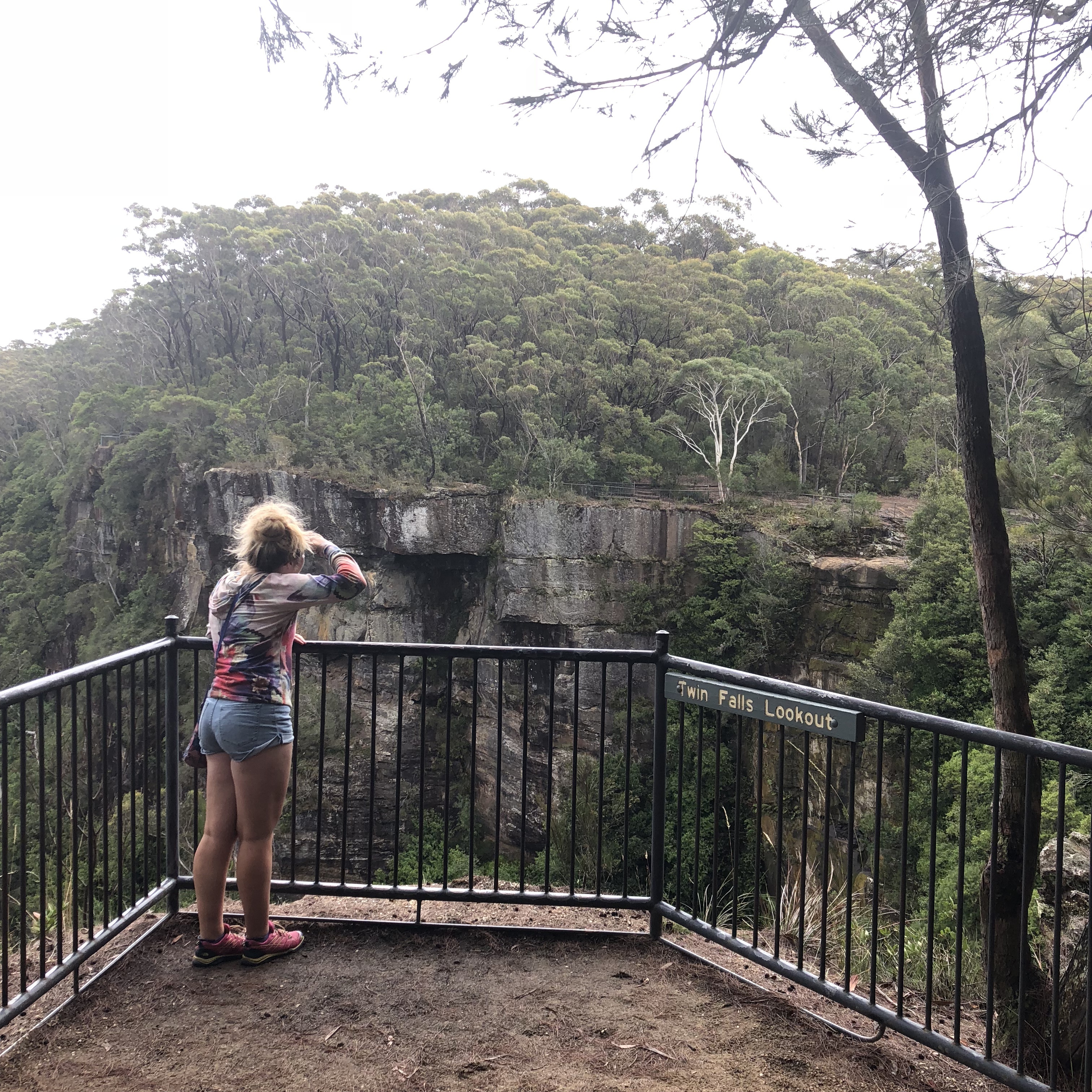 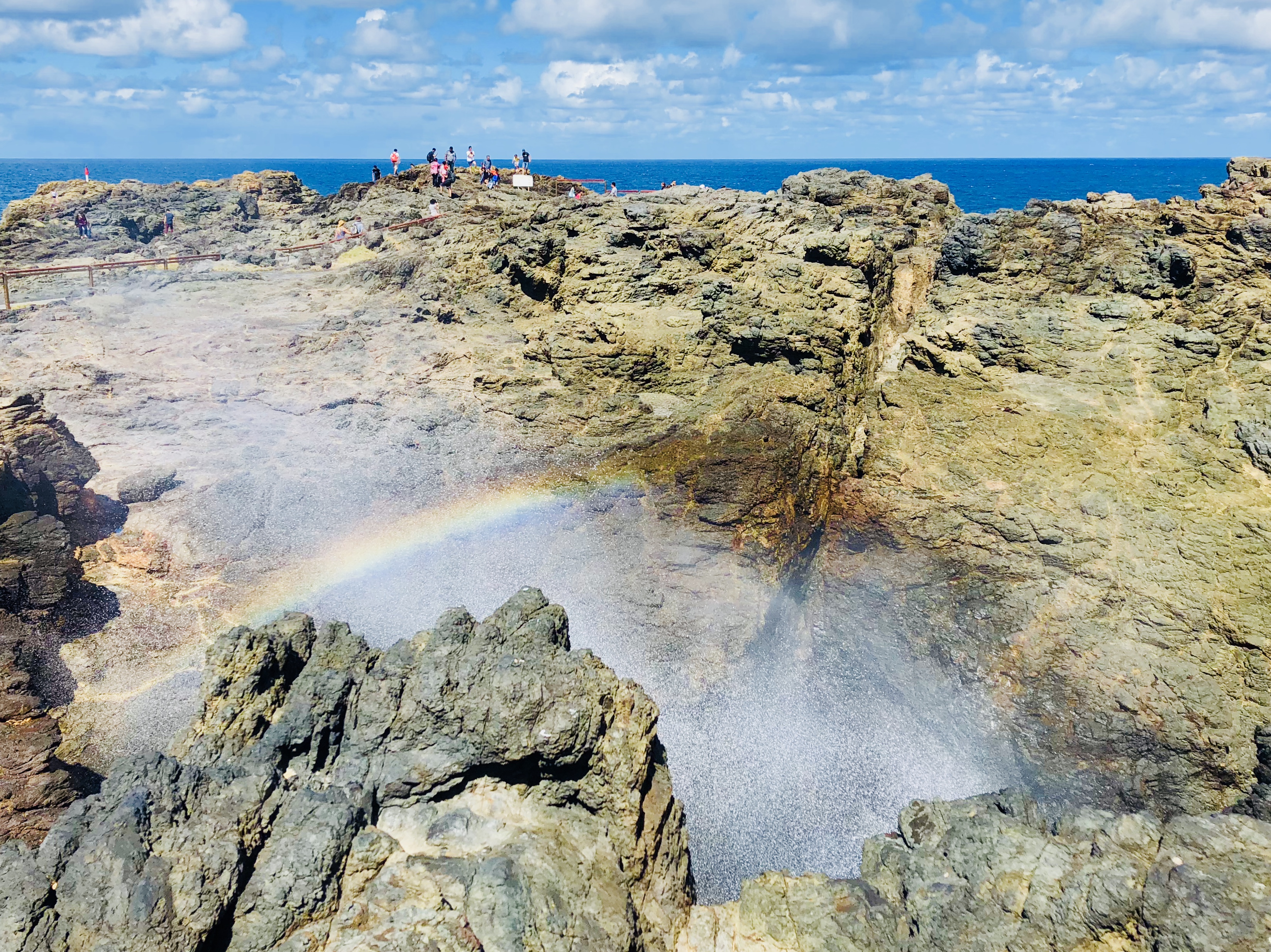 Initially we bypassed Melbourne to continue our drive along the Great Ocean Road to the town of Warrnambool, where we planned to meet up with our friends from a previous travel adventure: Heather, Russ and their three children Casey, Cara and Ella.

We stopped at the small town of Torquay on the way, known for its fantastic surfing beaches and for marking the start of the Great Ocean Road. It was a warm day, and the sea was sparkling. It seemed like the perfect opportunity for a swim, but the beach was populated with tanned twenty year-olds with perfect bikini bodies, and I suddenly felt way too old and uncool to participate. “I don’t like it here”, I said to Shane, who instantly read my mind: “Why? Because you’re not cool enough?!” Obviously this was a stupid reason to avoid the beach, but I couldn’t get over the feeling that I didn’t belong.

My concerns weren’t exactly alleviated when we returned to our hostel and got chatting with our (younger, more glamorous) roommates. “Where have you come from?” one asked, so I told him all about Phillip island and going to see the penguins. “Oh, right.” He said. “Phillip island… how was the surf?” I looked at him blankly, struggling to articulate that I had absolutely no idea, because a) my surfing skills have not improved since my unsuccessful attempts to stand up on a surf board in Bali, and b) there were FAIRY PENGUINS on Phillip island, which were surely much more exciting.

Torquay and Bells Beach aside, the Great Ocean Road was everything we hoped it would be. We left Torquay as early as we could and had the spectacular twisting road all to ourselves for a couple of hours before the hoards of other tourists descended. We stopped to spot koalas in the wild, eat fish and chips by the beach, and to swim in the sea (where no cool kids were around to judge my pasty, very imperfect body, or my lack of surf skills). We also stopped at the 12 apostles (although I could only see about nine). There were hundreds of people swarming around, trying to get a glimpse of the big limestone stacks off the coast. Meanwhile, I stared off into the distance trying to understand what all the fuss was about. “But… they’re just rocks?” I said to Shane, slightly confused. “Yes”, he said, “but it’s a thing”, and proceeded to take a few hundred photographs. 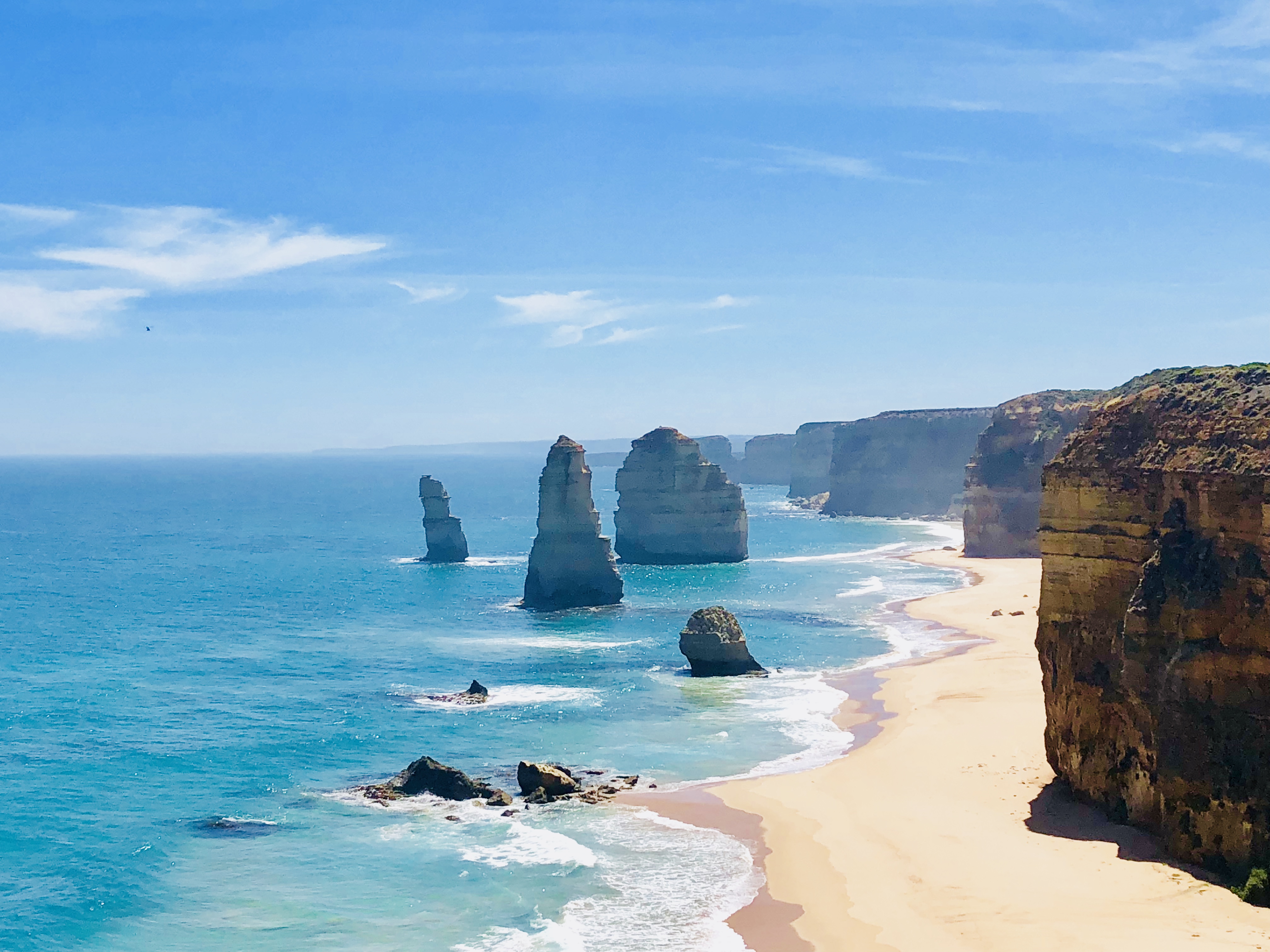 Some of the 12 apostles / rocks

Later than day we arrived in the town of Warrnambool, and met our friends Russ and Heather for the first time in nearly nine years. While our lives are very similar now to how they were nine years ago (we are still together, still off travelling, still technically homeless and unemployed), life has changed a great deal for them, as they now have three lovely children: Casey, Cara, and Ella, who we were excited to meet. Russ and Heather cooked us a delicious meal (which made a welcome change from our usual cheap fast-food fare), and we spent the evening reminiscing about old times. The next day we went for a walk along the beach with Russ, where we spotted Warrnambool’s resident seal, and then we left Warrnambool to drive back to Melbourne.

We spent a few days in Melbourne, staying in a cheap but less than desirable hostel filled with backpackers who seemed to sleep all day and party all night. We enjoyed a free walking tour around the city, saw the main sights and of course had to experience the all-important Neighbours tour and visit Ramsay Street. We also met up with Jess, another travel friend, who took us to the trendy spots of north Melbourne. We ate amazing burgers in a tram carriage stuck on top of a building and drank cocktails on rooftop bars. Not content with one night on the town, Shane also met up with his cousin Robert in an Irish bar in St Kilda, where plenty of Guinness was consumed. 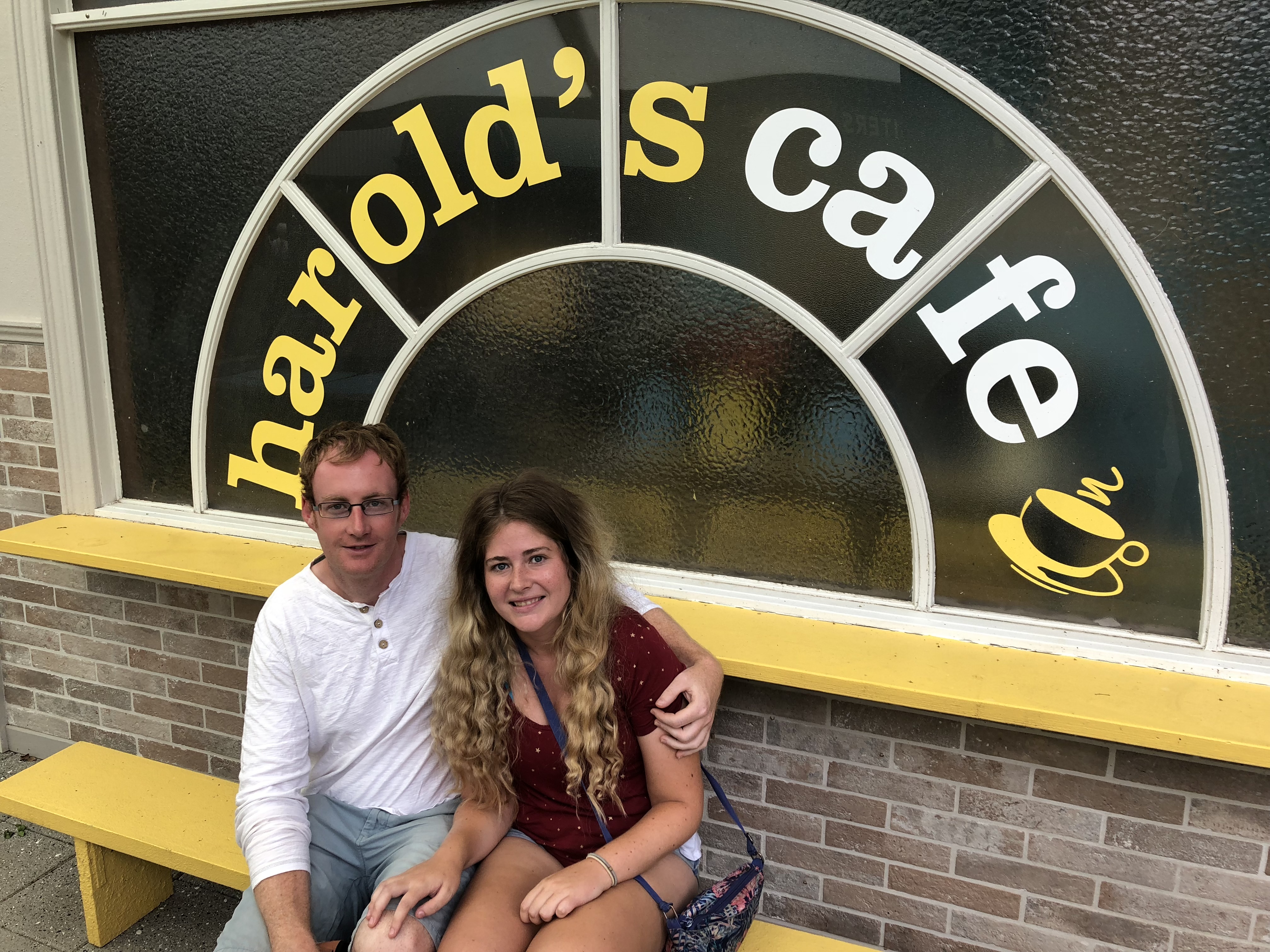 At Harold’s Cafe on the Neighbours Tour 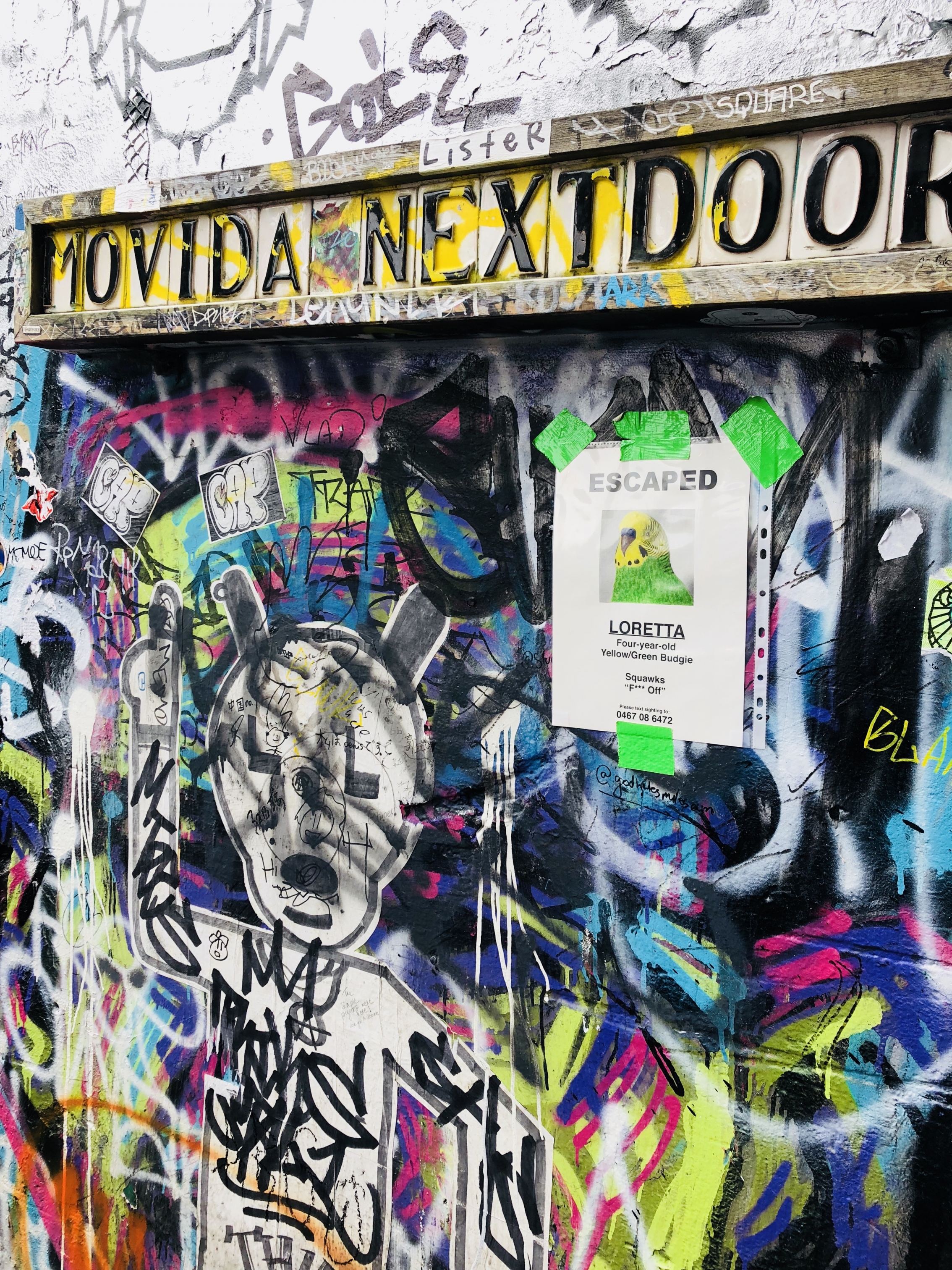 We spent about two weeks driving from Brisbane to Melbourne, which wasn’t anywhere near enough time to see everything, but did give us a chance to glimpse the highlights and catch up with friends and family living down under.

Driving across Australia was very different to driving through Central Asia – with near-perfect roads, no borders and a car that basically drove itself (sorry Martha), we felt as though we were living the high life. Of course, the costs involved were also very different, and if hadn’t been for our friends (especially Brooke, Luke and Emmett who put up with us for days on end), it would have been astronomically expensive compared to our time spent driving Martha across Asia and camping on the side of the road.

We did, however, pick up a few money-saving tips and tricks to help us out with the next part of our journey: from Melbourne we flew to Hobart, way under down under, to embark on a week of car camping around Tasmania.